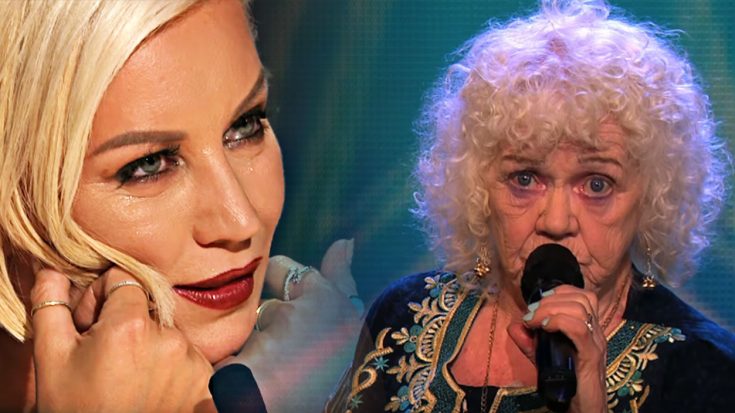 This adorable and loveable grandma took to the stage, ready to give her all in a singing performance that would change her life forever!

Ireland’s Got Talent, a spinoff of the original Britain’s Got Talent and America’s Got Talent, was holding auditions for folks from all over the isle to come show off their best talents, and it looks like one of the oldest contestants they’ve seen just stole the show.

81-year-old Evelyn, a widow with six grandchildren and six great-grandchildren, said that she didn’t care too much about getting through to the next round, but just wanted to make sure she did her best on stage.

Singing Stephen Sondheim’s “Send in the Clowns” that was penned for the musical, A Little Night Music, Evelyn pours her heart and soul into her television debut performance.

So I met Evelyn from Irelands Got Talent today in @rte AND I AM STARSTRUCK! Such a kind and funny woman ? wishing you the best of luck in the Semi-Finals! ? #IGT pic.twitter.com/OTyczXDKAO

The song soared in popularity after Frank Sinatra recorded his own version in 1973 and again later with Judy Collins‘ own rendition in 1975. It has since become a jazz standard and a very classic song for many folks to sing.

As Evelyn goes through the verses, each judge is left breathless and speechless, surprised at how a talent like hers has gone undiscovered for so many decades – but it’s when she hits that final note and the crowd starts cheering that one of the judges does something completely unexpected!

See Evelyn’s cover of “Send in the Clowns” below and watch for the surprise twist ending!