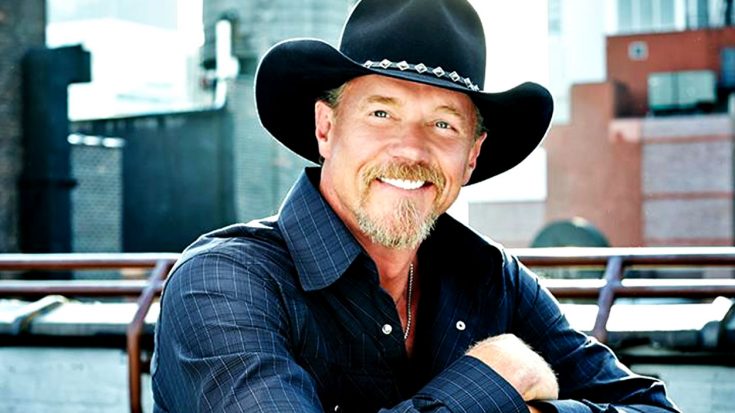 Truly one of the biggest names to ever hit country music, this iconic performer has gained one massive fan base over the years, and with the impressive number of hits he’s had – there’s no doubt why!

With a career spanning nearly three decades and charting a seemingly endless number of hits, Trace Adkins definitely is one of the most-loved artists in country music.

While you might know all of his songs, own all of his albums, and attend every concert that you can, there is still a lot about this living legend that y’all have yet to learn – until now!

His Left Pinky Finger Got Cut Off

Years and years ago, Trace Adkins was a young fella working on an oil rig after graduating from Louisiana Tech with a degree in petroleum technology. It was there that an unfortunate accident cut off his left pinky, but doctors were able to reattach it so he could continue to play guitar. He doesn’t play as much as he used to, but you can bet your bottom dollar that whether he’s playing guitar or just singing – it sounds like magic!

Adkins’ book, A Personal Stand: Observations and Opinions from a Freethinking Roughneck,  was published in 2008 and gives a deeply personal look at many of the biggest issues that have faced the world, providing the state of the union as seen through Trace’s eyes.

The book has a 4.5/5 star rating and received incredible reviews on Amazon.

If you’re looking for a great read and to get to know Trace Adkins little bit more, you can pick it up here.

While millions of people know Trace Adkins for his incredible country music career, he’s also a very accomplished actor – and as such, works quite a bit in TV and film.

From 2003-2007, Adkins provided the voice for the handlebar-mustached Elvin Mackleston as a recurring character on FOX’s hit animated comedy, King of the Hill.

Since that time, Adkins has appeared in a multitude of films and TV series, including Deepwater Horizon and Stagecoach: The Texas Jack Story.

As Adkins revealed about his very early start as a musician, what was supposed to be an incredibly happy day…turned out to be a terrible one!

“We played the song for the bride and groom to dance to, and the next song was going to be grandparents and the parents and all that. So, we started the second song and about halfway through, Grandma fell dead on the floor,” Adkins told Contact Music. “And we were still playing, and finally, the father turned around and yelled, ‘Stop! For God’s sake, stop playing. My mother’s dead.’ I looked at the guys and was like, ‘What do we do now?’ They tried to revive her, bless her heart, and she was dead.”

He Once Was Part of A Gospel Group

As a young high school student in Sarepta, Louisiana, Trace Adkins joined a gospel group called the New Commitment Quartet, with which, he recorded two albums. He has often said that his gospel-singing roots was one of the most valuable experiences he’s ever had in music, adding “I learned more about music in the five years that I sang bass in the gospel quartet than any other time.”