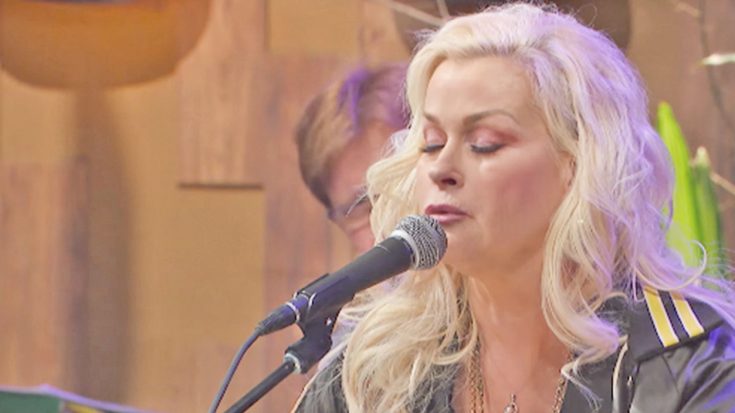 Being the daughter of a country legend comes with its perks. Lorrie Morgan made her Grand Ole Opry debut at age 13, and after her father, George Morgan, passed away when she was 16, she took over his band and has been performing ever since.

Along the way, she charted over 25 singles on the Billboard country charts, including three No. 1 hits, “Five Minutes,” “What Part of No,” and “I Didn’t Know My Own Strength.”

In 1991, Lorrie Morgan scored a No. 9 hit with a cover of the legendary George Jones song “A Picture of Me (Without You)” for her album Something in Red. While the song will forever be a Jones classic, Morgan put her own spin on the song, which has been a fan favorite for many years.

During a recent appearance on Country’s Family Reunion, Morgan performed the song she shared with The Possum in front of legends like Randy Travis, Ricky Skaggs and Bill Anderson. She proved that she has not lost her touch and can pull on our heartstrings just as much as she could back in 1991.

Enjoy her performance of “A Picture of Me” below.