1985 Clip: Hank Jr. Performs ‘All My Rowdy Friends Have Settled Down’ For Waylon, Kris, & More 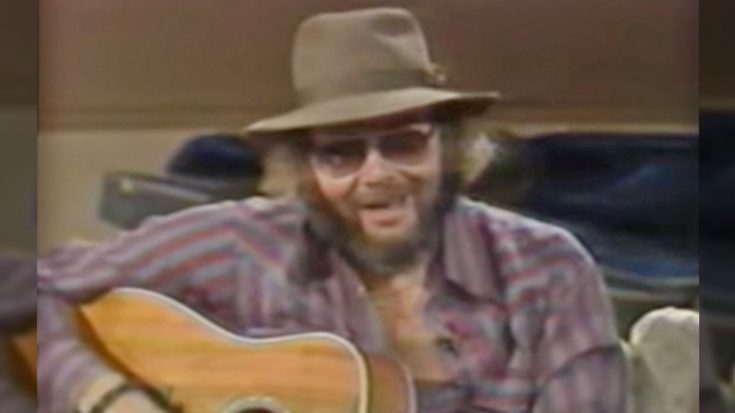 One of the best parts of the outlaw movement of country music was how supportive and close knit the musicians were.

An old-school outlaw country playlist to get you through the rest of the afternoon: https://t.co/cE0QQcoyCb pic.twitter.com/AMvsjx2WWg

One of the reasons this was true was because of a woman by the name of Sue Brewer. Brewer famously opened her home to country singers as an after-hours clubhouse for musicians to jam together and give each other pointers. She would even let some sleep on the couch if they didn’t have a place to stay.

In her lifetime, she managed George Jones’ Possum Holler nightclub, answered fan mail for Waylon Jennings and made a huge impact on the entire country music community. So much so that after she passed away in 1981 from cancer at age 48, Jennings established the Sue Brewer Fund, which gives scholarships to students at Belmont and Vanderbilt Universities studying music.

Jennings asked Hank Jr. to play a song, and he was just honored to be in attendance, let alone sing!

“I’m just so proud to be here, and I’ve been blessed in a lot of way. Number one, I was blessed because I was the son of Hank Williams. Number two, I was really blessed being around all these great songwriters and musicians I could steal from [thanks to Brewer], which I stole everything I could. I want to try to pay back a little bit to some of you guys.”

Hank Jr. strummed and sang his number one song, even making fun of those in attendance when he referenced them in the song. His friends sang along during the chorus and chuckled every time Hank Jr. mentioned their name.

Just from the looks of the video, you can tell all these men truly love spending time together and playing music.  Watch the performance below, and we can guarantee you’ll have it on repeat.