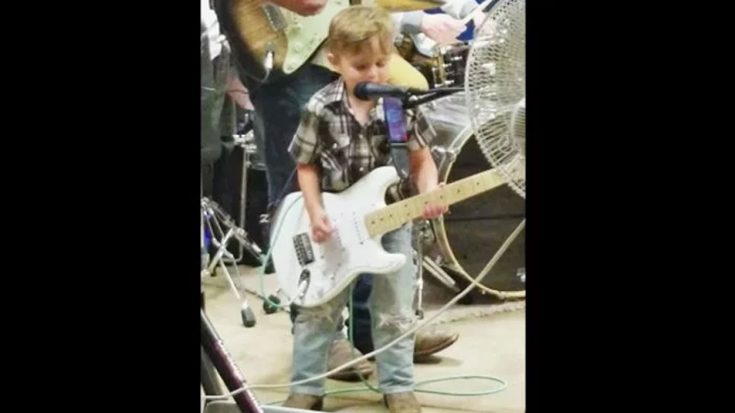 This just might be the most adorable Johnny Cash fan ever! 5-year-old “mini picker” Raylan joined his father onstage for a heart-melting rendition of the country music icon’s “Folsom Prison Blues.”

"Folsom Prison Blues" was released on this day in 1955. Where were you when you first heard this legendary song? pic.twitter.com/kh4sR096vm

“Folsom Prison Blues” was released by Cash in late 1955 as the eleventh track on his debut album, With His Hot and Blue Guitar. The song quickly climbed to No.1 on the country charts, going on to become one of the country icon’s signature songs.

While performing with his band, The Moonlight Pickers, Raylan’s father, Jared, invited his adorable son onstage to show off his talent a graduation party in their home state of Illinois.

Wha a great kickoff to the summer! Family show at this hometown bar, the Brown Pub. They've been good to us over the years; it's always great to play there! And it was PACKED! Thanks to everyone for comin' out! See you all next month!

The little cowboy expertly remembered all the of the lyrics the country classic, all while strumming on an electric guitar seemingly half his size.

They sang, “I’m stuck in Folsom prison, and time keeps draggin’ on/ But that train keeps a rollin’ on down to San Antone,” sings young Raylan. “When I was just a baby my mama told me” ‘Son, Always be a good boy, don’t ever play with guns’.”

What an electrifying performance! You can watch it all go down in the video below.