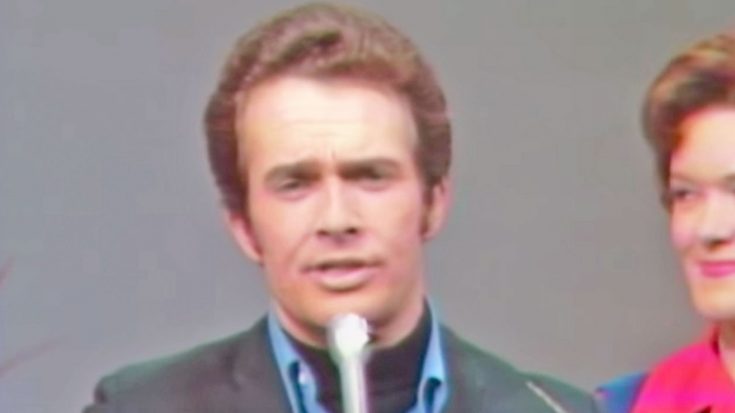 While he may no longer be with us, the legacy he left behind lives on emblazoned thanks to his impressive musical career. A young Merle Haggard – one of the originals of outlaw country – appeared on The Wagon House for a performance of his riotous tune, “Okie from Muskogee.”

What is your favorite hag tune?

“I’m proud to be an Okie from Muskogee/ A place where even squares can have a ball,” sings a fresh-faced Haggard. “We still wave Old Glory down at the courthouse/ And white lightnin’s still the biggest thrill of all.”

“Okie from Muskogee” was written and recorded by Haggard in 1969, the song going on to dominate the country charts at number one in addition to being named “Single of the Year” at the CMA Awards the following year, which started a streak of big award wins for The Hag.

The country legend was inspired to write the iconic tune following the protesting of the Vietnam War by young people, frustrated by the lack of respect for those fighting overseas.

“When I was in prison, I knew what it was like to have freedom taken away. Freedom is everything,” Haggard shared in an interview with The Boot. “During Vietnam, there were all kinds of protests. Here were these [servicemen] going over there and dying for a cause,” he said, before continuing, “These soldiers were giving up their freedom and lives to make sure others could stay free. I wrote the song to support those soldiers.”

The country music legend passed away in April of 2016 and we miss him dearly, but it’s performances like this one that help us remember why he is considered a legend. He will never be forgotten!

You can watch the performance below.