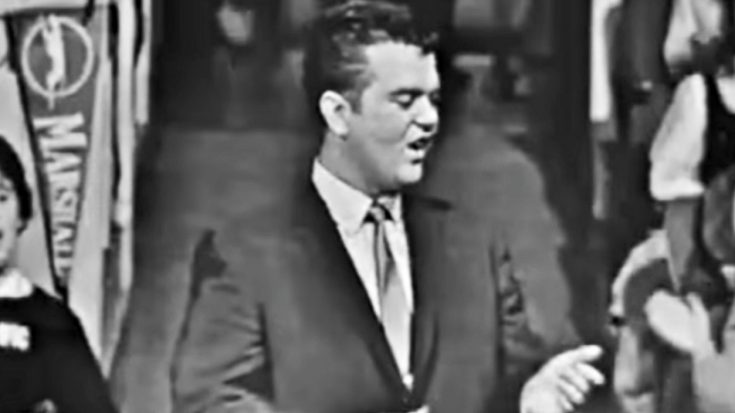 Take a rare glimpse into the past where a 25-year-old future music legend shows off his performing chops with a live version of one of his biggest hits to ever strike the charts!

Conway Twitty is a man that almost everyone knows by name and one that has had a profound influence on the world of both country and pop music, earning him a spot in the annals of time with legacy that nobody will ever forget.

Appearing on a January 1959 episode of the Saturday Night Beech-Nut Show, Twitty comes out as Dick Clark’s special guest. With the announcement of his arrival, the crowd goes wild and roars to life with applause as the ladies squealed with delight.

Did you know Conway Twitty started off in the rock n roll genre? In 1958, he scored his first No. 1 hit titled “It’s Only Make Believe.” His career as a rock-n-roll act took off, with the single topping the chart in 22 different countries and going on to sell eight million copies. #conwaytwitty #rocknroll #vintagerock #itsonlymakebelieve

“It’s Only Make Believe” became Twitty’s very first No. 1 hit and was an international sensation, striking the No. 1 spot on both country music and pop charts in multiple countries. During a later interview, Twitty was quoted as saying that the song was a hit in more than 20 countries and sold over 8 million copies across the globe.

Ripped straight from the archives, this decades-old footage shows a young Twitty walking through the historic Little Theater in New York, down to the stage and performing his treasured hit the entire time! It’s truly a piece of music history.

Watch the full performance of Conway Twitty on the 1959 Saturday Night Beech-Nut Show below and let us know what you think in the comments.