Elvis Presley’s Grandson Was The Spitting Image Of “The King” 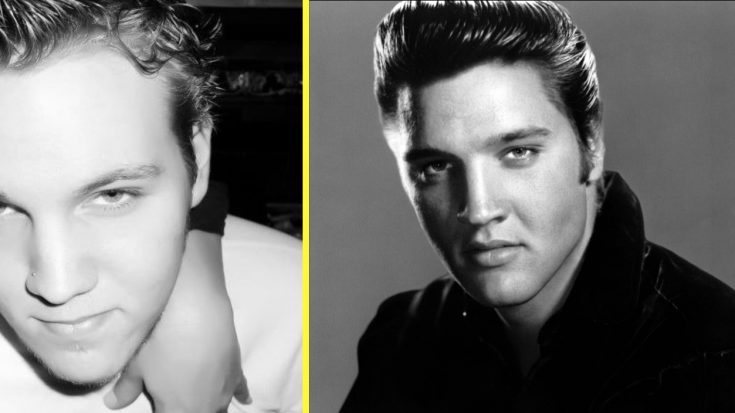 More than 40 years have passed since the world lost one of the most notable, innovative, and headline-making superstars it has ever seen. Fans longing for more from The King of Rock And Roll have been treated with a variety of posthumous releases and new takes on old recordings – and even others find comfort in keeping up with his family’s day-to-day.

Finding solace through his legacy often involves his family like ex-wife Priscilla Presley, or daughter Lisa Marie Presley, as they tend to much of Elvis‘ ongoing legacy – in fact, Lisa Marie recorded a digital duet with her late father and released it to the masses!

One part of the family that you might not know a great deal about are Elvis Presley’s grandchildren! Riley Keough and Benjamin Keough are from Lisa Marie’s first marriage to musician Danny Keough, she also has twins from her later marriage to Michael Lockwood.

Many fans have commented on Lisa Marie’s striking resemblance to her father, but you can really see the family traits passed down to his grandson – and the similarities are spectacular!

Benjamin Keough was born on October 21st, 1992, and while his sister has worked tirelessly to have a career in Hollywood, he was far more removed from the spotlight both professionally and personally until he passed away in July of 2020.

In his late twenties, Keough was still the spitting image of a young Elvis and photos taken over the course of his life can attest to that – just take a gander for yourself!

“He does [look so much like Elvis]! He was at the Opry and was the quiet storm behind the stage. Everybody turned around and looked when he was over there. Everybody was grabbing him for a photo because it is just uncanny,” shared Lisa Marie in 2012 interview with CMT according to Hollywood News Daily. “Sometimes I am overwhelmed when I look at him.”

Many have exclaimed about how incredible the similarities are and categorized them as Elvis’ famous pout and powder blue eyes – saying that it’s “spooky to say the least” because if he would dye his hair jet black, he would look identical to his grandfather.

What do you think about the resemblance between Benjamin and Elvis? Do you think he was the spitting image of his grandpa?

Share your thoughts on all of this in the comments below!

Listen to Benjamin and his mom, Lisa Marie, singing “Storm & Grace” below.