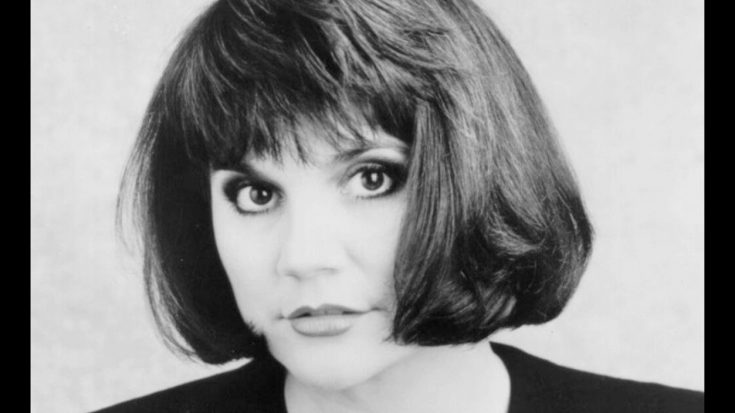 For nearly 50 years, Linda Ronstadt graced us with her unmatched vocal prowess and irresistible hits.

With the first sound of her debut solo album in 1969, up until her last solo album before retirement, she never ceased to bring great music to her fans.

She was one of the only artists to traverse every kind of radio station you could imagine – and she did it during one of the most incredible times in music. But, tragically, she was robbed of the ability to sing after being diagnosed with Parkinson’s disease in 2012.

Linda Ronstadt was the Queen of rock in the 70's. pic.twitter.com/ctJsuH2Rtc

Ronstadt issued more than 63 singles to the charts between 1970 and 1998, scoring high on all genres including rock, country, pop, and folk-rock. She also tried her hand at a Spanish-language album in celebration of her Mexican/American heritage. That earned her yet another Grammy Award.

Linda Ronstadt guest starred on the Johnny Cash Show on this day in 1970. pic.twitter.com/APylX1RhSK

Now, a decade after she played her final concert, she is the subject of a rare documentary that covers her life from birth up until she quit performing in 2009 and officially retired in 2011.

The Sound Of My Voice is a new biopic from several award-winning filmmakers that features appearances from Emmylou Harris, Dolly Parton, Don Henley, Aaron Neville, Bonnie Raitt, and Jackson Browne – among others. The film will feature rare hardly-seen photos from Ronstadt’s childhood and a multitude of footage from the archives that boasts some of her best live performances.

This one-of-a-kind documentary will be narrated in-part by Ronstadt herself and is being debuted at the Tribeca Film Festival in 2019.

The film’s official release webpage describes the film as follows:

“…a musical biography of one of the most successful and versatile female singers of the 20th century – and one of the most successful recording artists of all time. At the height of unprecedented success, Ronstadt, a restless and adventurous artist, turned away from pop music to explore an astonishing variety of musical styles, from American standards to country to classical operetta before circling back to her family roots with traditional Mexican canciones. Withstanding constant pressure from a risk-averse industry, Linda insisted on following her musical instincts.”

Watch her most recent interview with CBS Sunday Morning below along with the trailer and share your thoughts in the comments.