Wynonna Announces All-Star Lineup For “The Judds: The Final Tour” 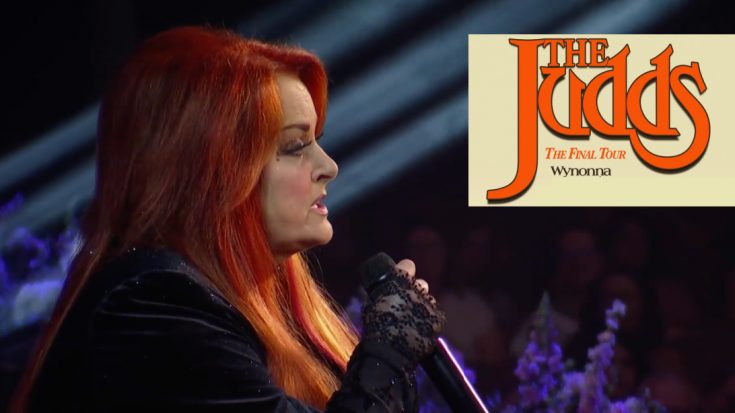 Wynonna Judd announced Sunday night (May 15) during a televised memorial service for her late mom, Naomi Judd, that she was going to honor the tour dates that the pair had scheduled prior to Naomi’s death on April 30. Not only will Wynonna be going on tour later this year for “The Judds: The Final Tour,” but she has enlisted some of country music’s biggest female names to join her.

“I am humbled, once again, by the loyalty of the fans who have been with us for 38+ years, who continue to show up for me when I need them the most,” Wynonna said in a statement. “I am grateful that we will continue to honor The Judds legacy, together.”

Naomi’s widower, Larry Strickland, stated that he is happy that the tour is going forward. “I am so happy that in this time of grief for us all, Wynonna has agreed to move forward with this tour as my sweet wife Naomi would have wanted her to do.”

During the 11-city tour, Martina McBride will open the concert with a set of some of her own biggest hits before Wynonna takes the stage to perform some of The Judds’ classics.

Faith Hill will join Wynonna on the final tour stop on The Judds’ home turf in Lexington, Kentucky.

“What a full-circle moment it will be to end the tour in Kentucky where it all began,” Wynonna said of the concert. “It is pretty amazing – all of the people who have come forward to offer up their time and their gifts. I am feeling extra grateful.”

Wynonna shared the news of the tour’s special guests in a social media post that read, “It may look a little different now, but we WILL continue to honor The Judds’ legacy! It’s amazing to me, all of the artists who have come forward offering their time and their gifts. I am feeling so grateful.”

Hear Wynonna pay tribute to her late mom with an emotional performance of “River of Time” in the video below.