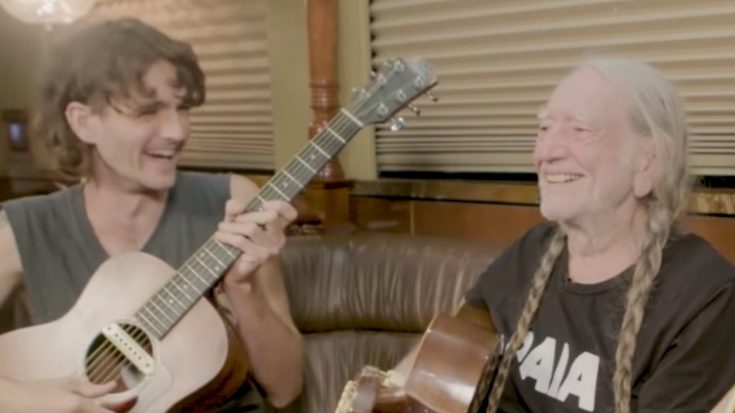 Willie Nelson isn’t the only musical member of his family. His sister, Bobbie, is a well-respected musical artist, and his two youngest sons are also fairly well-known for their musical ventures.

You may be most familiar with Willie’s second youngest child, Lukas. Along with his band, Promise of the Real, Lukas has famously worked with Neil Young.

Lukas and his band also made great contributions to the soundtrack for the newest adaptation of A Star Is Born. He, alongside the film’s stars Bradley Cooper and Lady Gaga, won the BAFTA Award for Best Film Music.

Although Lukas’ father is known as a country star, Lukas’ musical style is a bit different. While country definitely influences him and his work, he leans more in the rock realm than anything else.

The same can be said of his younger brother, and Willie’s youngest child, Micah. You’ve likely seen Micah perform with Lukas and Promise of the Real, though not as an official member.

Other than that, Micah has also played in a psych-punk-orchestra called Insects vs. Robot, and according to his website, is “playing with his future-folk project Pårticle Kid.”

Micah has fully embraced the Particle Kid name, which is why that’s his chosen handle on Instagram at the moment. Those who browsed through the musician’s page over the weekend were in for a surprise, because that’s where he announced that he is now a married man!

The Stunning Wedding Photos You Have To See

“we did a thing,” Micah wrote on his post, which contained three photos of him and his new bride. Her Instagram handle is @sisterlu_, but her profile is private.

Joey Martinez, the photographer, also shared a photo from the couple’s nuptials on his Instagram. He happens to be a good friend of Micah’s, so he was overjoyed to be a part of his special day.

Shortly after making his initial announcement, Micah shared another photo of himself and his new bride that was taken during their wedding.

The photo from the sweet and seemingly simple ceremony shows the two of them standing arm-in-arm while all dressed up in their wedding finery. Micah wore a jacket reminiscent of a drum major’s uniform, while his new wife wore a gorgeous gown she covered with a coral-colored sweater.

They look so happy in that photo! We’re sure that Willie is beaming with pride right now.

Willie has always shown a great deal of appreciation for Micah and Lukas’ talents. Back in 2017, he released an album titled Willie and the Boys that featured recordings he, Lukas, and Micah made through the years.

To accompany the album’s release, Willie and his two sons sat down to record a series of videos that show them performing some of the songs on the record. You can watch one of our personal favorite videos from those sessions below.

Congratulations to Micah and his new wife! We wish them many years of love and happiness together.