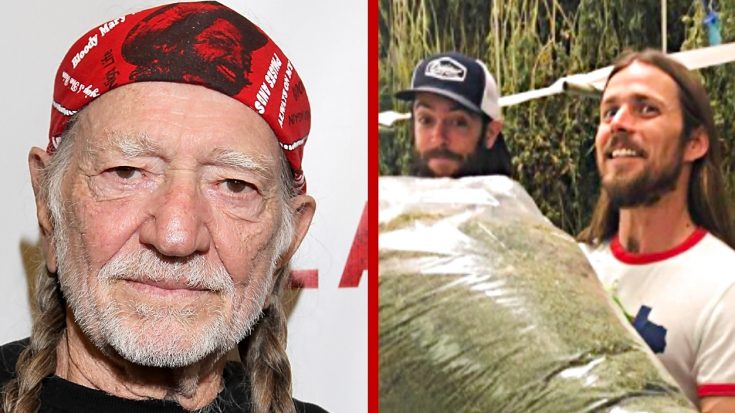 Willie Nelson has not been shy about his love of music…or cannabis.

Nelson has lived one of the most successful careers in music with a discography that includes over 95 studio albums. The 87-year-old Texas native is also a family man. In September 2021, Nelson and his sister, Bobbie, will release their co-written book Sister, Brother, Family. Nelson has passed down his love of music to many of his children, including 32-year-old Lukas Nelson.

Lukas is a member of an American country rock band called Promise of the Real. He is also a film score composer. Lukas co-produced the music for the film A Star Is Born and won a Grammy Award for Best Compilation Soundtrack for Visual Media and a BAFTA Award for Best Original Music for his work.

Lukas is very similar to his iconic father. In April 2021, Lukas appeared in a photo for Nelson’s cannabis company, Willie’s Reserve, in honor of the unofficial cannabis holiday, 420. In the photo, Lukas held a giant bag of Nelson’s “stash.” On Instagram, Lukas shared:

“Can’t spend #420 without a little (a lot) of @williereserveofficial!”

In the image, even Lukas’ face seems a little shocked at the size of the bag. See Lukas’ full post below.

For more on Nelson and his family, check out the following video.