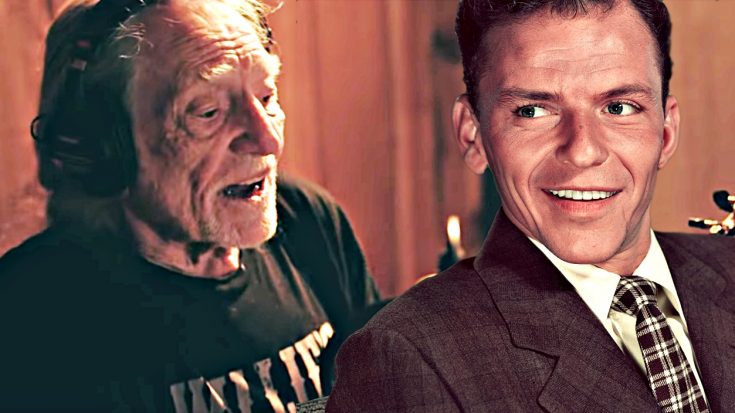 In a perfect blend of the old and new, Willie Nelson spins a silky smooth delivery of one of Frank Sinatra’s most memorable hits, “Summer Wind.”

The release of the music video for “Summer Wind,” considered by many to be among Sinatra’s top ten songs he ever recorded, cements the comparison between 85-year-old Nelson, the living legend who continues to broaden his mark, and Ol’ Blue Eyes who passed away at the age of 82 back in 1998.

Nelson followed up his album of original songs from early 2018, Last Man Standing, with an album filled with tunes Sinatra made his own. This tribute album is perfectly titled My Way.

Sung with heart, soul, and an abundance of feeling, Nelson covers the legendary singer about as well as anyone. Although their musical styles couldn’t be more different, the work in its entirety comes off as a great tribute to Sinatra, another of music’s greatest legends.

The deep echoes in Nelson’s voice makes you wonder if he’s lost in thought, remembering those who have gone before him and how fleeting life can be. There’s a haunting tone that brings back memories of Sinatra, The Rat Pack, and when life was so much simpler.

My Way dropped September 19, 2018 and includes memorable hits such as “Fly Me to the Moon,” “My Way,”  and “What Is This Thing Called Love” featuring Norah Jones.

The fact Nelson decided to do a whole album of Sinatra is no surprise. He enjoys paying tribute to the legends who came before him. Just a few years ago, he did an entire album of songs that were written by Greta and Ira Gershwin.

Nelson and Sinatra were also pretty good friends. The pair appeared in a TV spot for NASA in the 1980s.

Willie recalls he first heard Frank Sinatra sing when he was only ten years old on a show called Hit Parade. They became close friends and remained that way until the end of Sinatra’s life.

Though these two icons couldn’t seem more different, both were unique vocalists who reinvented their genres. They are legends for different reasons. They’ll both be remembered for doing it their own way.

Sit back and listen to Willie’s version of this ol’ Sinatra tune. What do you think?