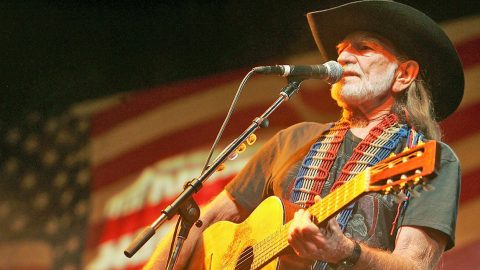 To say Willie Nelson is a patriotic man would be an understatement. He has stepped forward multiple times to say how much he loves his country. Heck, he even served in the military!

Thank you to all the military veterans who have sacrificed so much for our country. Never Forget.

His 1986 song, “Living in the Promiseland,” seems to display that patriotism more than he could say in words. As the first single to his album The Promiseland, it definitely outlined the theme for the entire album.

May 31, 1986
Willie Nelson hits #1 on the Billboard country albums chart with "The Promiseland" pic.twitter.com/x7yBq8B3z6

The song went straight to the top of the charts, and became his twelfth number one single, in 1986 when Willie released it to the public. It was a song that became an anthem for country music listeners and an anthem for the country they lived in – their promise land.

Nelson founded the benefit concert Farm Aid in 1985, which helps raise money for family farmers in the United States. He continues to put these concerts on with the help of his board members Neil Young, John Mellencamp and Dave Matthews.

At the Farm Aid concert in 2004, Nelson performed the ever-relevant “Living In The Promiseland” for his thousands of fans. Watch him sing the song after being introduced by Matthews and Young below.