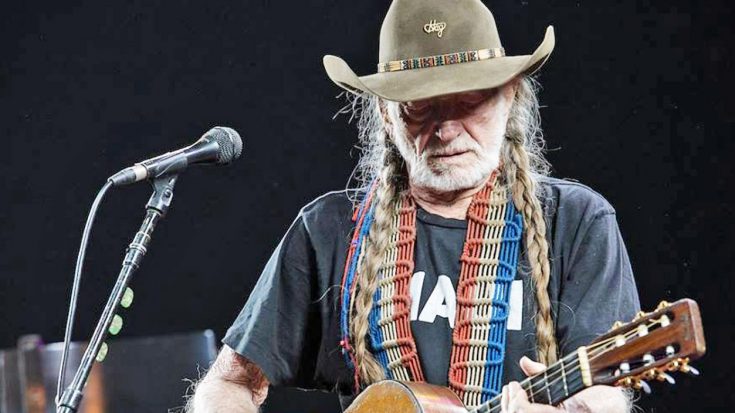 On Saturday (Jan. 6) country legend Willie Nelson abruptly cut his concert in Valley Center, California short. Nelson was performing at Harrah’s Resort SoCal, near San Diego, with his family but the performance was cut short.

Nelson was performing 1972 classic “Whiskey River” when he stopped the performance and walked off stage. Concert-goers told the newspaper that he was coughing and having trouble breathing. Before “Whiskey River” Nelson got through a cover of “Move It On Over,” where you can see he is coughing and struggling to breathe.

In the middle of the chorus of “Whiskey River,” Nelson stopped singing and said “I’m sorry” before setting his guitar down and walking backstage. His son Lukas looked concerned as his father left the stage, but he continued singing the song. Lukas and his brother Micah performed a few songs without their father, but ultimately, when Nelson wasn’t able to return, the concert was cancelled.

His longtime publicist told the San Diego Union Tribune that the iconic singer was suffering from “a bad cold or flu” and would be heading home to recuperate. Ticketmaster sent an email to everyone who purchased tickets through their website saying, “Unfortunately, due to illness, Willie Nelson’s performance concluded early. The good news is we already refunded your money including fees (except UPS if applicable). It should post to your account within 7-10 business days.”

Nelson also cancelled his remaining tour dates this week which includes Jan. 9 in Palm Springs, Jan. 10, 12 and 13 at the Cosmopolitan Hotel in Las Vegas, and Jan. 14 in Laughlin, Nevada.

This isn’t the first time Nelson has had to cancel shows due to his health. Early last year, Nelson battled similar issues that forced him the postpone or cancel a slew of shows. He recovered and toured well into 2017. We pray that this will pass and he recovers quickly!

Watch the moment he walked off stage in the video below.