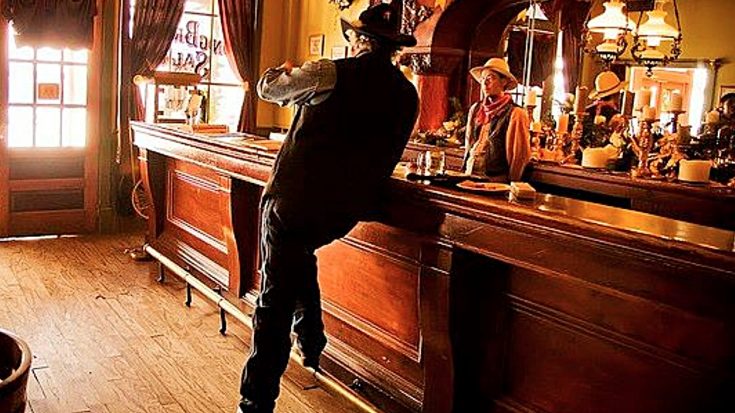 The Long Branch Saloon in Dodge City, Kansas is an old wild west saloon established in 1874. It’s most famously known to be the place where cowboys would have standoffs and gunfights and 146 years later, folks are still visiting it.

Posted by Time Travelers – come travel back in time on Saturday, September 24, 2016

A wealthy farmer and rancher named Chalkley Beeson bought the saloon in 1874 and named it after his hometown Long Beach, New Jersey. It prospered until the railroad replaced the cattle drive. Then in 1885, the building caught on fire and ended up burning to the ground. It wasn’t rebuilt until 1947.

The saloon was originally built after cowboys in the area made a bet with the soldiers that they could beat them in a game of playing ball. They wagered if the cowboys won, then the soldiers would have to build them a saloon. The cowboys ended up winning and their saloon was built.

Long Branch Saloon sold drinks, provided gambling and live entertainment, including Beeson’s five-person orchestra. Folks involved with cattle towns in the American wild west were often gathering at the saloon and getting into altercations, shoot-outs, gunfights, and standoffs. One of the most famous gunfights was when Frank Loving killed Levi Richardson in 1879.

The Long Branch Saloon in Dodge City, Kansas was the site, on April 5, 1879, of a gunfight between Frank Loving and Levi…

Posted by The Adventures of Finius the Skinniest on Thursday, September 29, 2016

Take A Tour Of Long Branch Saloon In The Video Below