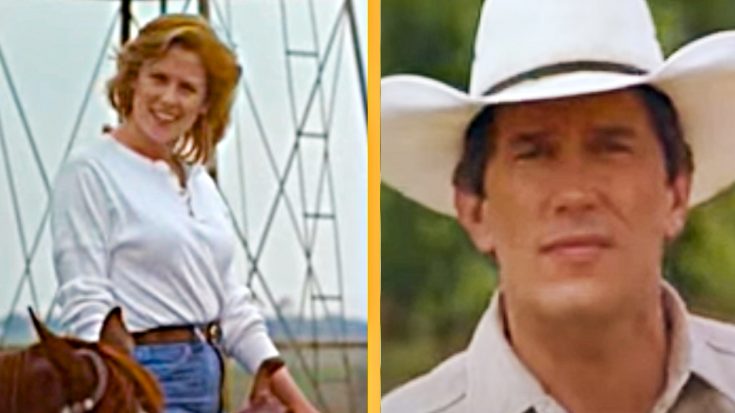 Actress Isabel Glasser became an instant star after portraying George Strait’s Pure Country love interest, but where is she today?

Glasser found fame after starring alongside the “Write This Down” singer in the 1992 Western musical Pure Country. In the film, Wyatt “Dusty” Chandler, portrayed by Strait, rescues Glasser’s character from being harassed by another man. Later, Wyatt moves to her family ranch, and the two characters develop a close relationship.

The movie turned Glasser into a sensation. At the time, the New York native had only landed roles in a handful of films; however, following Pure Country, Glasser’s career took off. Immediately, the actress was cast in the 1992 sci-fi film Forever Young, alongside Mel Gibson. Glasser continued to build a resume of films including, The Surgeon, Tactical Assault, and more.

While Glasser continued a successful acting career into the early 2000s, the star seemingly retired after her final role in the 2006 movie, Fireflies. Since then, Glasser has disappeared from the public eye, and not much is known about her personal life.

While Glasser has traded Hollywood for private life, there might be a chance that the actress is making a return to the screen. According to Glasser’s IMDB page, the actress has been recently cast in the film Pellett; however, the movie has yet to announce a release date.

For more on Glasser, check out the following video.