‘Voice’ Stars Battle It Out With Elvis’ Haunting ‘In The Ghetto’ 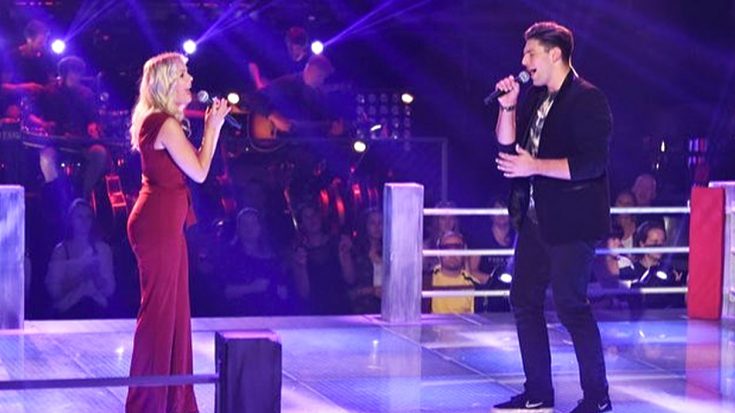 It was the 1969 song that helped Elvis have a major comeback. “In The Ghetto,” tells the heartbreaking story of a boy who is born into a life of poverty in the ghetto of Chicago. As the song goes on, the boy grows up into a life of violence and downward spiral. The song was a hit for Presley, having many other artists cover it for years to come. In 2007, his daughter, Lisa Marie, recorded it as a duet with her father to raise money for his Presley Foundation.

Last night, the German reality talent show, The Voice of Germany held their battle rounds. Similar to The Voice here in America, there are four coaches all of whom are recording artists themselves. The three phases of the show consist of a blind audition, a battle phase, and live performance shows. On this season (Season 8), there has been one performer that has stunned the coaches and the audience with his deep vocals from the first audition.

Alexander Eder is a tall and handsome young man with undeniable talent. This week, he battled off against the beautiful Karina Klüber to the famous “In The Ghetto.” Their voices differ tremendously from each other as Klüber carries a high vocal range as opposed to Eder’s deep alto range. Nonetheless, of their opposite sounds, the pair was in perfect harmony with one another.

Ultimately, at the end of the battle, only one of these talented two could win. After a tough decision, the coaches felt that Eder was the best pick to continue on in the competition.

Watch this German duo harmonize to Elvis and Lisa Marie’s “In The Ghetto” Duet.