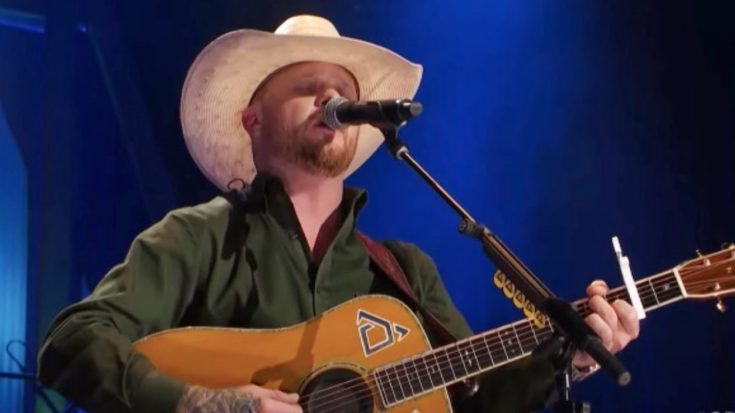 The Circle Network broadcast a special on Saturday (July 23) called Opry Live: Opry Loves the ’90s. During the special, today’s biggest country music stars took to the Opry stage to perform some of the most iconic 90s country hits.

Carrie Underwood sang a cover of Patty Loveless‘ “Blame It on Your Heart,” Midland performed John Anderson‘s “Seminole Wind,” and Jimmie Allen honored Toby Keith by singing “Should’ve Been a Cowboy.” Also, Cody Johnson paid tribute to Vince Gill by singing “When I Call Your Name.”

Gill co-wrote “When I Call Your Name” with Tim DuBois. He released the track as a single in 1990, and it became a #2 hit on the Hot Country Songs chart.

The song led Gill to his first Grammy win when he took home the trophy for Best Country Vocal Performance, Male. He has since won 21 other Grammys.

Since “When I Call Your Name” was one of the biggest country hits of the 90s, it only seemed fitting to have someone sing it during the Opry Loves the ’90s special.

Johnson surely felt the pressure to pull off his rendition of the song. Especially since its co-writer, DuBois, played an important role in Johnson’s career:

“I feel like the ’90s was one of the greatest eras of country music there’s ever been,” Johnson told the Opry crowd before his performance. “There’s a man in this town by the name of Tim DuBois. A lot of you know him. He gave me my first chance, my first publishing deal here in the state of Tennessee. He wrote this song, sung by Mr. Vince Gill, and I’d like to play you my version of it.”

Johnson rose to the occasion, and delivered a performance that was a standout part of the Opry special. Check it out by skipping to the 1:10:03 mark in the video below. Or, watch the whole show from the beginning!