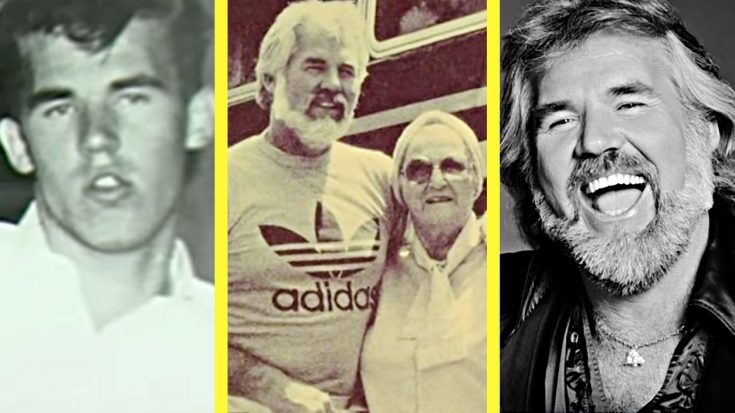 On April 8, 2020, CMT released a memorial video for Kenny Rogers with a slideshow of memories made up of pictures throughout his life, set to his resurfaced song “Goodbye.”

In the video, pictures of all different times in Rogers’ life are shown. From him being a young boy to a country music star and everything in between that helped mold him into the legend we all knew and loved.

Rogers’ family released a statement the morning after his death stating, “The Rogers family is sad to announce that Kenny Rogers passed away last night at 10:25 PM at the age of 81. Rogers passed away peacefully at home from natural causes under the care of hospice and surrounded by his family.”

Just days after Kenny Rogers’ death, a song called “Goodbye” had resurfaced and was released to country radio for the first time by Capitol Nashville, with a sentimental message.

“Those closest to Kenny wanted to make this track available to all of his fans,” the label said, according to Billboard.

The “Goodbye” song written by Lionel Richie was one of the last songs Rogers recorded for Capitol Records. Even though it had not been released before, it was featured on Kenny Rogers: The First 50 Years, a 45-track compilation released by Time-Life in 2009.

Universal Music Group Nashville CEO Mike Dungan shared with Billboard the backstory to the song “Goodbye” and how bringing it to radio came to fruition.

Mike Dungan wanted to express his condolences after Rogers’ death and reached out to his current manager Ken Levitan. Levitan brought up “Goodbye” to Dungan expressing that the song is about losing a loved one and dealing with it.

“He really says goodbye in that song, I don’t know what was going on in his head when he cut it,” Dungan stated.

Watch all the memorable moments with Kenny Rogers in the CMT memorial video for “Goodbye” below.

CMT also set up a fundraiser in Rogers’ name. To learn more or donate to COVID-19 relief in Kenny Rogers’ name text KENNYCARES to 41444 or visit MUSICARES.ORG/KENNYCARES.