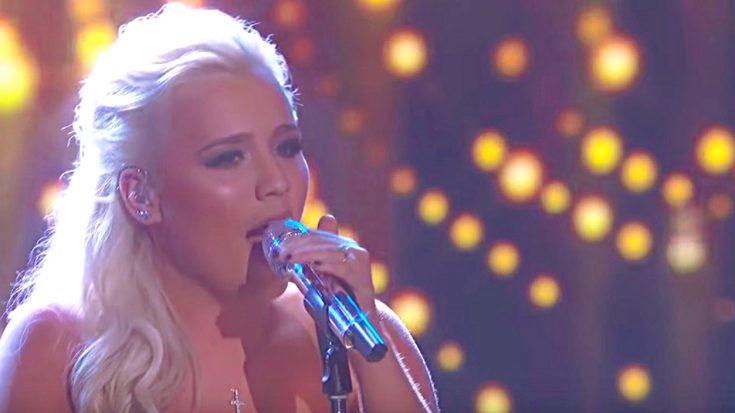 From early on in the competition, 18-year-old Gabby Barrett has been a fan-favorite contestant on American Idol. After weeks of impressive performances, Barrett brought her A game when it came time to fight for a spot in the top five.

While Barrett has performed a variety of songs during her time on the show, she leans toward country. Some of the past songs she’s offered up include Miranda Lambert‘s “Little Red Wagon” and Maren Morris‘ “My Church.” She even got the chance to sing a duet with Sugarland on their emotional song “Stay.”

So when it came time to choose another song, Barrett opted for another country hit. Unlike the others she had performed up to that point, the song is less of a “modern” country tune.

Living Up To Lee Ann Womack

To this day, “I Hope You Dance” remains Womack’s signature song. Since she did such a spectacular job singing it, anyone who covers the song knows they have a lot to live up to.

With that in mind, Barrett didn’t hold anything back as she took to the Idol stage. The song is styled in the perfect way to show off a singer’s range, and Barrett placed hers on full display in her performance.

To echo the words of judge Lionel Richie after Barrett finished singing, the only thing wrong with Barrett’s performance was nothing!

Richie wasn’t the only judge who was amazed by Barrett’s gorgeous performance. She also earned immense praise from Katy Perry and Luke Bryan, with Bryan telling her, “In my opinion that may be one of the best vocals we’ve heard in this room thus far.”

Now you can see exactly what Bryan was talking about by watching Barrett sing “I Hope You Dance” in the video below. This stunning performance helped her earn a coveted spot in the top five!