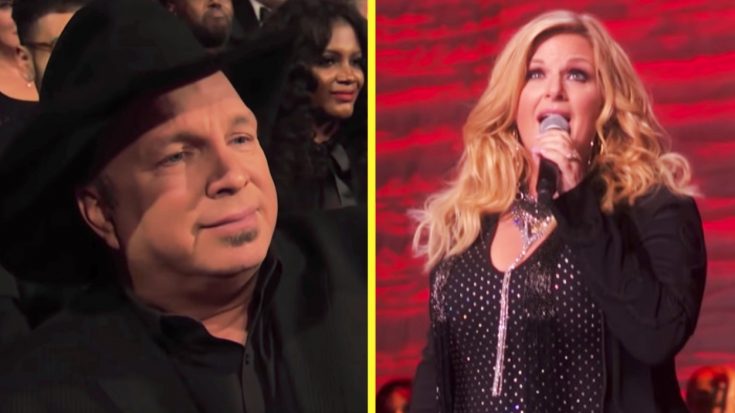 Together at last—your 2019 Kennedy Center Honorees! 🌈

Tune in Dec. 15 at 8 p.m. ET as we celebrate these incredible luminaries during the #KCHonors broadcast on @CBS & streaming with a free trial of @CBSAllAccess.

There were several tributes for each honoree including Tom Hanks giving a moving speech to his onscreen mom from the movie Forrest Gump, Sally Field.

One of the stand-out moments was the entire tribute to Linda Ronstadt. Carrie Underwood and Trisha Yearwood were asked to perform a couple of the legendary singer’s songs from her decades-long career. Underwood performed “Blue Bayou” and “When Will I Be Loved.”

Yearwood sang “Don’t Know Much” as a duet with Aaron Neville, who recorded the song with Ronstadt in 1989.

Before “Don’t Know Much,” Yearwood walked out singing Ronstadt’s number one song “You’re No Good.” Before the “Every Girl In This Town” singer even sang a note, Ronstadt was already wiping away tears.

Honey!!!! THE Linda Ronstadt just said, “I LOVE her!” And she was talking about YOU!!!
Can you believe it!!!! Now THAT’S the award of a LIFETIME!!!! So happy for you and I LOVE you, too!!!!!❤️❤️ #KCHonors pic.twitter.com/drD6WUeKTx

Once she started singing, the whole crowd was bobbing their heads to the beat and singing along. But there was one audience member who was sitting still in his seat. That was none other than Yearwood’s husband of 14 years, Garth Brooks. As he watched his bride perform, it looked as though tears were forming in his eyes.

It was an emotional night for many, and we don’t blame them! Watch her performance of “You’re No Good” below.