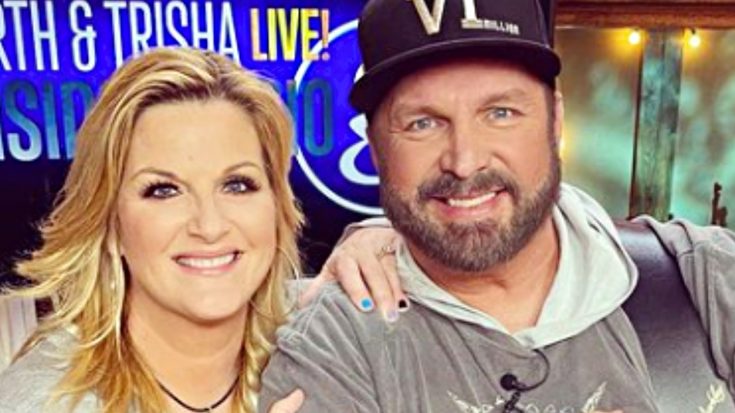 Sixteen years ago, Garth Brooks got down on one knee and asked fellow country singer Trisha Yearwood to marry him.

Brooks and Yearwood became engaged in May 2005 and wed in December of the same year. At the time, Brooks and Yearwood were attending the unveiling of ten bronze statues, all of which were of country music artists. One of the statues was carved in Brooks’ likeness, and beforehand, the country singer requested that a wedding ring visible on his finger. Brooks pointed out the detail to Yearwood before getting down on one knee and proposing in front of about seven thousand people.

On Facebook, Yearwood celebrated the couple’s engagement anniversary by sharing a photo captured just before the country singer said “yes.” The black and white photo showed Brooks down on one knee while Yearwood stood with a face filled with emotion.

“I would say “yes” again in a heartbeat! You are the love of my life. Thank you for showing me what really “living” is all about! Together forever,” Yearwood wrote in the caption.

For more on Brooks and Yearwood’s love story, check out the video below.