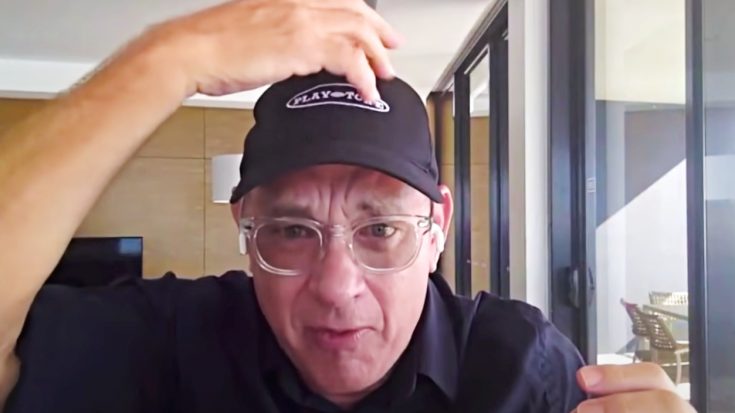 To promote his new Netflix movie News of the World, Hanks appeared on The Graham Norton Show via video call. During his interview, the conversation shifted to Hanks’ role in the upcoming Baz Luhrmann’s Elvis biopic, which stars Austin Butler as Presley.

The Elvis Presley biopic previously shut down production after Hanks became one of the first celebrities to contract COVID-19. Fortunately, the actor soon recovered and returned to set to play Elvis’ manager Colonel Tom Parker.

“Let me show you the horrible haircut I have to have in order to play Colonel Tom Parker,” the actor announced during the show.

Hanks removed his baseball hat to reveal a bald head with a little hair remaining on the sides. As Hanks ducked for the camera to see his haircut, everyone on the video call immediately reacted in surprise.

“I just scared the children. I want to apologize,” Hanks joked.

The 64-year-old’s style usually includes a full head of hair, so it is safe to say Hanks will begin to grow out his roots once he wraps shooting in Australia.

Check out Hanks’ Colonel Tom Parker hair in the video below.