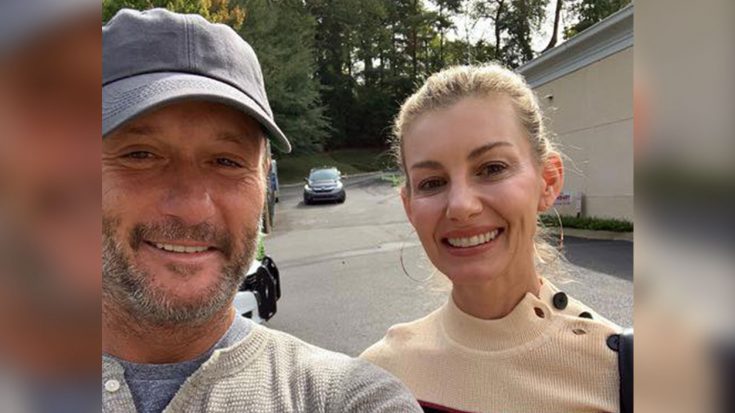 Addiction hits hard and it affects everyone differently regardless of status. Even for a music star and actor such as Tim McGraw, alcohol addiction held him down until his wife Faith Hill helped him through it.

McGraw has been sober since 2008, and he gives credit to his wife for her support that helped get him to the place he is today.

In a new interview with Esquire, the country singer recalled a specific moment during his battle with alcoholism where he said he was struck with fear after waking up early to drink.

“I remember a moment when I was getting out of bed and going to the liquor cabinet and taking a big shot at 8:00 in the morning and thinking, I have to wake the kids up. I went straight to my wife and said, ‘This is where I’m at.’ I was scared.”

He went on to say that his wife of 25 years was the reason he was able to turn himself around. “She just grabbed me and hugged me and changed my life,” he stated.

McGraw finished by mentioning the love he and his wife share and how special it is to him. “And love is being angry. Love is not talking for a day. Love is getting in each other’s face. Love is accepting that I’m wrong. Love is a 360 degree thing. It’s not linear.”