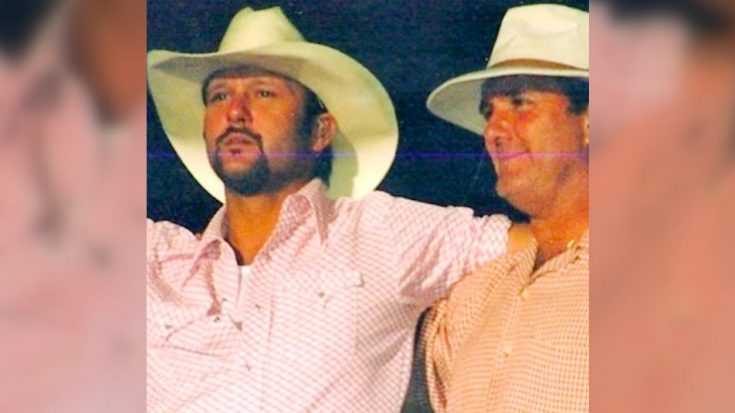 For the first 11 years of his life, Tim McGraw grew up believing that his stepdad, Horace Smith, was his biological father. But one day, while he was looking for a picture for a school project, he discovered his birth certificate.

Tim was shocked to discover that Horace was not his father. Instead, he learned that his biological dad was baseball player Tug McGraw.

After his discovery, Tim’s mother, Betty, took him to meet his dad for the first time. But Tug denied that Tim was his, and it took seven years for him to warm up to his son.

But by the time Tim was 18, Tug was ready to accept him. The two quickly developed a strong bond that lasted until Tug passed away on January 5, 2004.

The 16th anniversary of Tug’s passing fell on Sunday, and Tim took a moment to remember his father on social media.

Sharing an old edition of the Philadelphia Daily News with a cover story about Tug’s passing, Tim wrote, “Thinkin about ‘Ol Tugger today.”

Tim’s post was a repost from Tug’s official Instagram, with the original caption reading, “16 years ago today, we said good-bye. 16 years later you continue to transcend your ‘Ya Gotta Believe’ spirit in giving hope to others.”

Thinkin about 'Ol Tugger today #Repost @thetugmcgraw 16 years ago today, we said good-bye. 16 years later you continue to transcend your "Ya Gotta Believe" spirit in giving hope to others. Please visit www.tugmcgraw.org to watch our tribute video about the Man who played Major League Baseball with the heart of a Little Leaguer.

In his post, Tim shared that a tribute video was created in Tug’s honor, and could be found on tugmcgraw.org.

It’s hard to believe that Tug has already been gone for 16 years. You can tell that Tim misses him dearly.

But even though Tug is gone, his legacy lives on. Remember him by watching Tim’s official music video for “Live Like You Were Dying” below, which was released shortly after Tug’s passing.