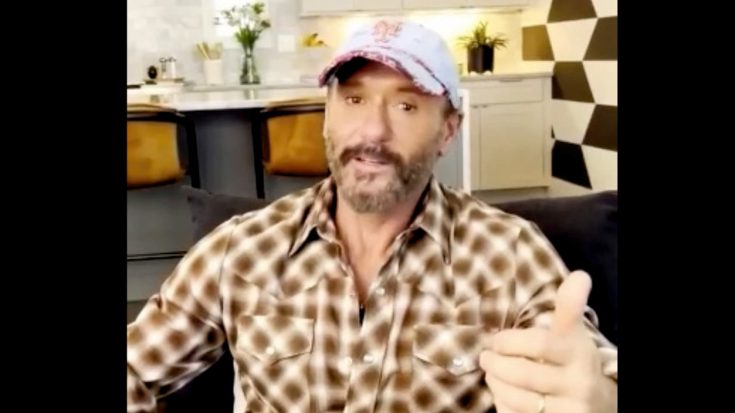 Sam Elliott, Tim McGraw, and Faith Hill are starring in the new Yellowstone prequel series, 1883. The show is slated to debut on Paramount+ on December 19.

McGraw and Hill are portraying James and Margaret Dutton. The two characters are the great-grandparents of the main series’ John Dutton, who is played by Kevin Costner.

Costner has given McGraw his stamp of approval. McGraw shared a video on social media to announce his involvement in the series, and Costner commented, “Dutton looks good on you.”

Filming is already underway for the series, and McGraw has been giving fans little sneak peeks here and there of what he’s been up to.

On August 19, McGraw shared a photo of one of his props he’ll use on the show. The prop appears to be a Bible with “J. Dutton” monogramed on the front cover.

McGraw also posted a photo of some powder-covered jeans he wore during quick draw practice.

Fans got their first look at McGraw in costume when an onlooker shared a photo they took of him while he was filming in Fort Worth. They also shared a picture of Elliott in costume. You can see those photos here.

McGraw himself shared his first-ever photo from the set of 1883 on Thursday (September 16). While the photo doesn’t show McGraw in costume, it does offer a glimpse at some of the set pieces. Though the main focus of the photo is McGraw’s director’s chair with his name printed on it.

“Hanging out in #1883,” McGraw captioned the photo, which you can see below.

Hopefully McGraw shares more behind-the-scenes photos from the set of 1883. We’ll keep counting down the days until the show premieres on December 19!