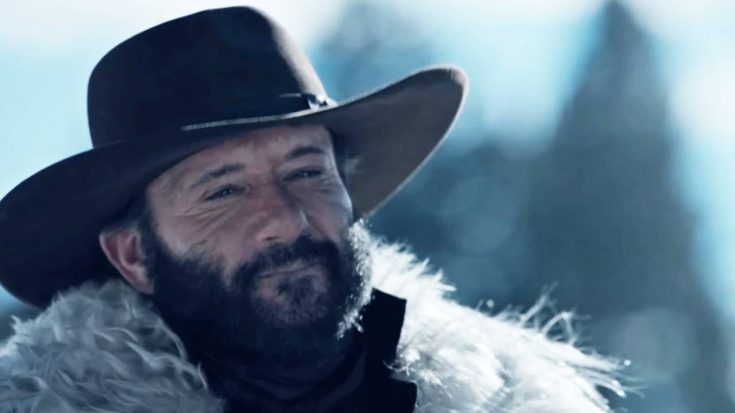 The highly-anticipated fourth season of Yellowstone premiered on Sunday (Nov. 7). The third season left us with many cliffhangers, as we did not know if John, Beth, and Kayce Dutton as well as Jimmy Hurdstrom, were alive or dead.

Yellowstone aired two episodes on November 7th, and you can read a recap of them both here. In the first episode, which revealed to us which characters survived the attacks, we were also introduced to a new character that likely will not show up in Yellowstone again. However, he is the star of the spin-off show 1883, which will premiere on Paramount+ in December.

Tim McGraw announced his involvement with 1883 back in August, revealing he and his wife, Faith Hill, get to “star alongside Sam Elliott” in the new series.

He plays James Dutton, the Dutton family patriarch, opposite Hill, who will play his wife Margaret as they travel west to Montana for more opportunity. Fans have always been curious how they will introduce these characters in the new show, but turns out we will meet them before 1883 even begins.

Tim McGraw made a surprise appearance in “Half The Money,” the first episode of Season 4. The flashback occurs in 1893, 10 years after the prequel series begins. It shows McGraw’s John Dutton on horseback in the snow with his two sons, John (Kevin Costner’s John’s dad), and Spencer.

The scene shows James and his sons interaction with a a Native American tribe, which goes over quite well, but we are sure the prequel series will show more of those relationships.

The first official trailer for 1883 premiered during Yellowstone and it looks AMAZING. Watch it below.