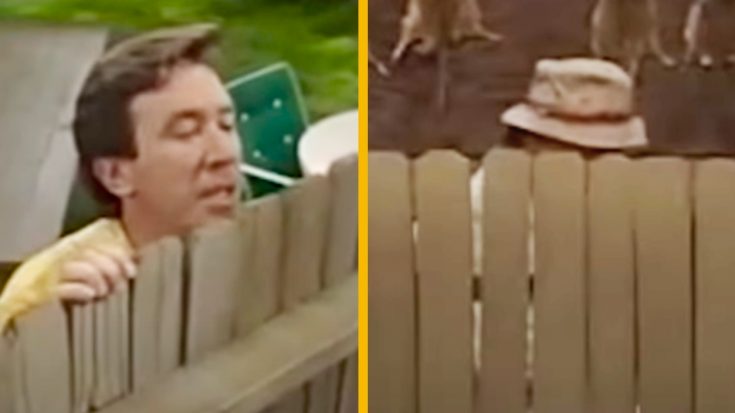 Allen forms strong relationships with his fellow actors. In an interview with EW, Allen admitted that while he is not a “feelings type of guy,” he tends to get attached to the cast and crew of his projects. Allen stated:

“I’m not a ‘feelings’ type of guy. That’s why I do comedy, to push things away. I get attached to people even on movie sets and those shoots are only three to four months. So when we wrap and everyone goes home, I go, ‘But wait! I thought we were going to be friends!’”

Allen is well known for his role as Tim “The Toolman” Taylor in the 90s series Home Improvement. He even reprised the role of Taylor for the final season of his most recent comedy series, Last Man Standing. During the episode, he also acknowledged the passing of Home Improvement co-star Earl Hindman. The actor, who played the Wilson W. Wilson, Jr., was known for chatting with Allen’s character through a privacy fence. He died of lung cancer in 2003 at the age of 61.

On Twitter, Allen again honored his late friend by sharing several throwback photos. He also posted a picture of a “spinner” toy peeking out from over a fence. Later, Allen explained:

Summer neighbor keeps forth decorations up all summer. Grateful for great neighbors. pic.twitter.com/7xll6PbFNH

Check out the following video to relive some of Wilson’s greatest moments on Home Improvement.