The Story Behind Adam Cartwright’s Departure On “Bonanza” 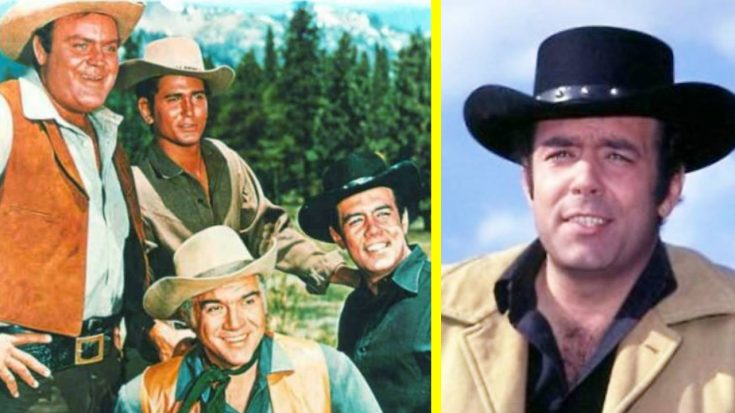 Thanks to streaming sites like Philo, fans can indulge on the greatness that was the television series Bonanza. Premiering in 1959, Bonanza was NBC’s longest-running western, and is the second-longest running western on US television, behind Gunsmoke, which ran for 20 years.

Landon was the only Cartwright brother who remained a series regular for the entirety of the series. Blocker unexpectedly passed away in 1972 at the age of 43 from a pulmonary embolism following surgery to remove his gall bladder. Bonanza chose to kill off his character following his death, marking the first time a television show killed off a major young male character.

Roberts, however, left on his own accord – which sparked lots of controversy back then.

The eldest of the Cartwright brothers, Adam had a degree in architectural engineering and built the ranch house. Pernell Roberts, who was mainly a stage actor before landing this role, had a hard time with the schedule. Bonanza had 34 episode seasons, which is grueling in any generation of television.

In fact, Roberts wasn’t shy to his co-stars about his dislike of working on the show, saying, “I feel I am an aristocrat in my field of endeavor,” Roberts said around the time of his departure. “My being part of Bonanza was like Isaac Stern sitting in with Lawrence Welk.”

This didn’t go over well with his co-stars.

“Pernell didn’t like the show and would let you know it, but he rarely cared to do much about improving it,” Landon once told People, but admitted he didn’t mind seeing as the remaining Cartwright’s split his salary.

Roberts’ TV dad also tried to give him some advice over the years.

“He felt time was rushing by,” Greene said in 1980. “I said, ‘Look, Pernell, if you stay with Bonanza you’ll make so much money you’ll be able to build your own theater and get Tennessee Williams to write a play for you.'”

But Roberts didn’t care about the money.

“Okay, so I threw away a million bucks,” he said in 1980. “So what? All I cared about was my emotional well being. That job was very unpleasant, and I never regretted leaving.”

Roberts also didn’t enjoy his character, who was in his 30s, to always seek approval and direction from his father and called this part of the storyline “silly.”

An activist who participated in the marches from Selma to Montgomery in 1965, he also didn’t like that the show wasn’t diverse in casting.

Roberts left the show after 202 episodes and was written out by saying he moved away. At different points in the series it was mentioned that he was out at sea and implied he went to Europe. In the two TV movies following the series finale, it was revealed that Adam was living in Australia and had matched his father’s success.

After Bonanza, Roberts went back to the stage and toured with the musicals The King and I, Kiss me Kate, Camelot, and The Music Man.

14 years after leaving the show, he returned to television to play the titular character in Trapper John, M.D. until 1986. In 1980, he said he took the role to “financially cover my ass,” which is ironic seeing as he didn’t care about the money on Bonanza.

Roberts passed away from pancreatic cancer on January 24, 2010 at 81 years old. Although he didn’t enjoy working on Bonanza, he will always be Adam Cartwright to us.