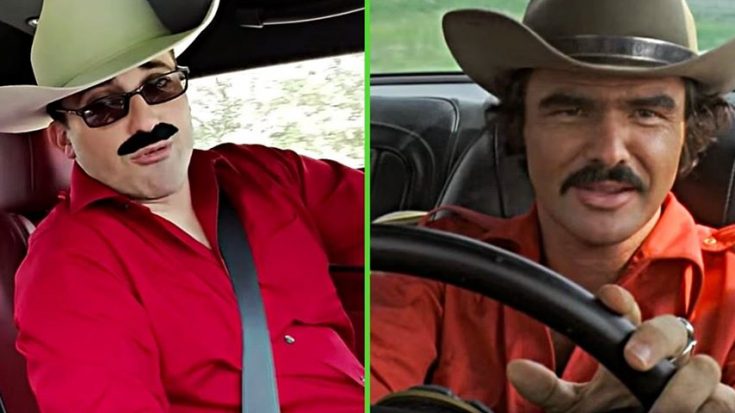 Law enforcement agencies across the nation flaunted their talents in a lip-syncing competition back in 2018. What started off as a friendly competition in the Dallas area has now reached the far corners of the U.S. – but this police department might just have won it all!

The productions keep coming and get more creative each time. It’s a challenge those who serve and protect can’t pass up.

Back towards where it all began, the small town of Tenaha, TX in the easternmost part of the Lone Star state, accepted the challenge in a big way. Showing that small is mighty, the local law enforcers took on quite the production of a remake scene from the 1977 smash hit “Smokey And The Bandit.”

Complete with Sheriff Buford T. Justice (Sergeant Hudnall), Officer Newton as Junior, Officer Carlsen as the Bandit, the runaway bride, Carrie, (Officer Carlsen’s wife) and Chief Jeremy H. Pope as The Enforcer, these Texas cops recreated the theme song of the movie, “East Bound and Down.”

Written by Jerry Reed, who made a cameo appearance in the movie, the song is about a group attempting to make an urgent delivery of bootleg beer. They are being pursued by a sheriff, “Smokey” which is also CB radio slang for a highway patrol officer. The delivery of the beer, along with the runaway bride and daughter of an overzealous sheriff (Buford T. Justice) makes for an unforgettable adventure.

Watch the full video below for even more laughs!