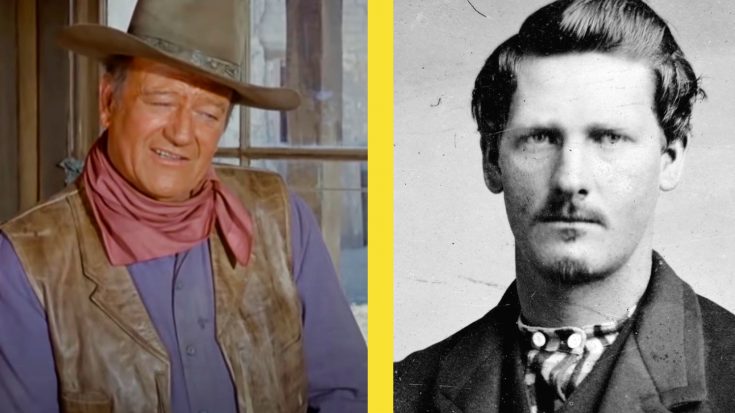 Academy Award winning actor, John Wayne, was known worldwide for his stellar portrayal of cowboys and others in the Wild West. Wayne pulled inspiration not just from stories and books about characters in the West – he also learned straight from the source.

Wyatt Earp was one of the best-known real-life outlaws of his time, and Wayne wanted to absorb everything Earp had to say about his time living the lifestyle Wayne worked hard to portray onscreen.

Wayne once said, “Earp was the man who had actually done the things in his life that I was trying to do in a movie. I imitated his walk; I imitated his talk.”

Earp spent his golden years as a technical advisor on Western films. Wayne loved to sit with Earp, get his coffee, and listen to his tales of his time as an outlaw. This was long before Wayne was a household name. Back, then, he worked as a prop boy and was still known by his given name, Marion Morrison.

The pair developed a close friendship. According to Hollywood legend, Wayne was one of Earp’s pallbearers when the outlaw passed away in 1929.