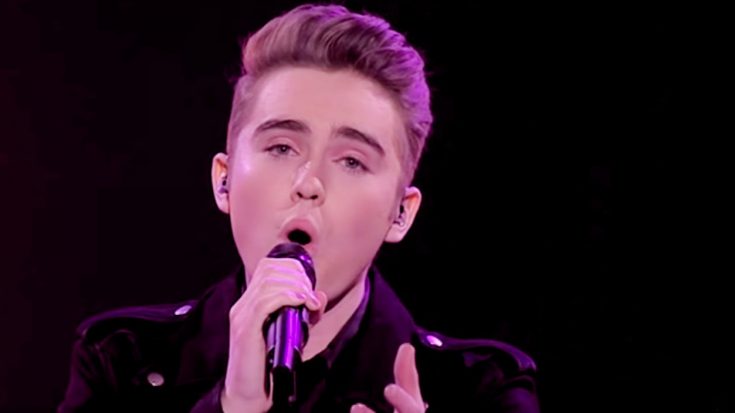 The Voice is one of the most popular competition series in the U.S. But did you know that the show has a number of other iterations, and airs in various countries around the globe?

The Voice Australia is popular just like its U.S. counterpart. And during its second season, it ended up producing one of the most beloved stars in the history of the franchise.

It was 2013, and Harrison Craig was only 18 years old at the time. He had a dream of becoming an opera singer, though his type of opera featured a blend of pop, jazz, and opera music.

The teen wowed the coaches with his blind audition performance, and was asked to share his name once he finished. But as he went to speak, he struggled over the “H” in his name, and that’s when he revealed the emotional truth about himself.

Craig told the coaches that he has struggled with a stutter his whole life, and it affects his ability to speak. However, his singing voice is unaffected by his stutter, and as you’ll soon hear, he can sing beautifully.

Superstar singer Seal took Craig under his wing as his coach, and led him all the way to the finals. During that intense stage of the competition, Craig sang a classic love song made famous by Elvis Presley, “Cant Help Falling in Love.”

As you listen to Craig sing, you’ll notice he actually sounds a lot like “The King.” While we’ve heard singers that are more clear soundalikes, there’s no arguing that Craig’s voice and Elvis’ definitely share similarities.

Craig’s performance is so good, you’ll want to replay it over and over again. Even if you don’t think his voice sounds like Elvis’, you can’t deny how smooth it is.

His swoon-worthy performance actually prompted many YouTube commenters to draw comparisons to Disney princes. One person even went so far as to say the young singer has the “perfect [voice] for a Disney prince.”

You can see exactly what the commenter meant when you watch Craig’s mesmerizing performance of “Can’t Help Falling in Love” below.

In case you were wondering how Craig’s Voice run ended…he won the show! That comes as no surprise to us!