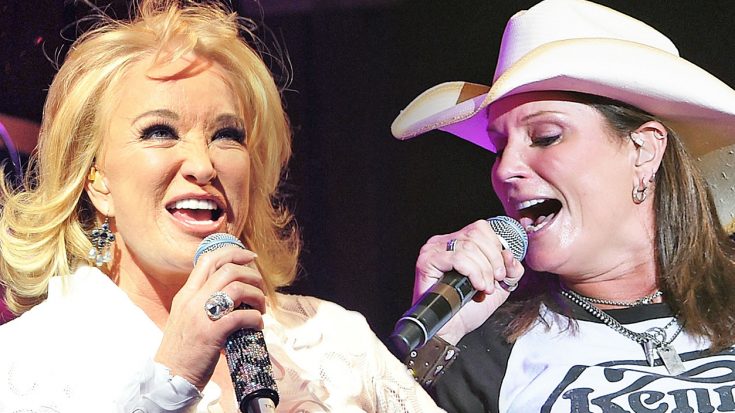 A Star Was Born At A Young Age

Tanya Tucker was only 13 years old when her song, “Delta Dawn,” was one of the biggest hits in country music. The song helped establish her as a leading star in country music at the time, catapulting her into what would turn out to be an iconic career.

Contrary to popular thought, Tucker was not the first artist to record “Delta Dawn.” The first recording was actually made by one of the song’s co-writers, Alexander Harvey. That recording was featured on his self-titled album in November 1971, which featured backup singer Dianne Davidson.

She later recorded the song on her own, and it was the first version that ever charted.

While many artists recorded and performed “Delta Dawn” after its initial release, Tucker’s version quickly became the most recognizable. It claimed the sixth spot on the Hot Country Songs chart and was a crossover success, reaching the 72nd spot on the Billboard Hot 100.

How the heck have I not known about @TerriClarkMusic Classic album?! I just found it on Amazon Music and can't stop listening. Great tribute to the classic artists! Thanks Terri Clark!

The album was entirely comprised of songs that helped shape Clark’s life and career. Some of the songs she included on the album were Glen Campbell‘s “Gentle On My Mind” and George Jones and Tammy Wynette‘s “Golden Ring.” She enlisted the help of Dierks Bentley for the latter, but it wasn’t the only duet on the album.

Getting Tanya To Take Part

Clark managed to get Tucker to join her for a duet on “Delta Dawn,” which was featured as the tenth track on Classic. When it comes to the arrangement, Clark’s duet version stays true to the classic country sound of the original.

Both Clark and Tucker get their chances to shine as individuals on the track. But the best part comes when they sing together, as they lend their pure country vocals to the song’s unforgettable chorus.

Nothing will take you back to the good old days quite like Clark and Tucker’s duet on “Delta Dawn.” You can enjoy listening to it in the clip below!

There’s no doubt about it, Clark’s voice is the perfect fit for the classics. Which other songs would you like to to hear her sing?