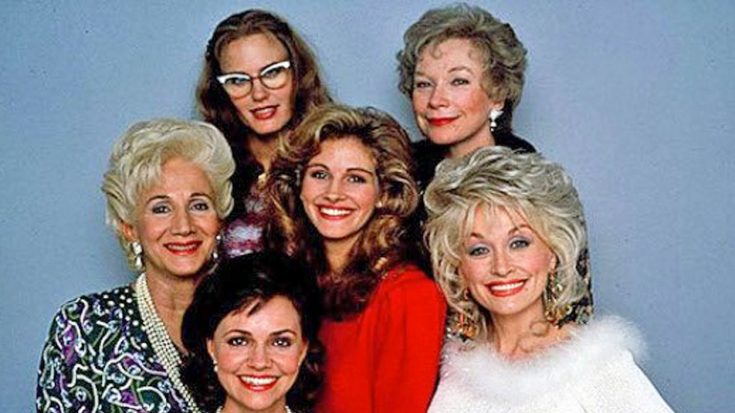 Love is in the air!

The 72-year-old singer planned his nuptials to the 57-year-old beauty to take place during a nearly full moon so he could serenade her with his song “Harvest Moon.”

The wedding was a top-secret affair that only including two celebrities on the guest list – Joni Mitchell and Stephen Stills. According to Page Six, the 100 guests were gifted with a gold heart-shaped locket that included photos of the couple inside. Hannah’s photo was of her as her Steel Magnolias character Annelle. Check out a photo of the locket here.

The couple began seeing each other in 2014 after leading a Keystone XL pipeline protest in Washington, DC in April of that year.

In July, Young filed for divorce from his wife of 36 years, Pegi. After the public found out about Young and Hannah’s relationship, he stated, “We didn’t pay any attention to that. It doesn’t matter. We don’t give a s - - t . . . What matters is us, not the press.”

Young’s guitarist Mark Miller did not attend the San Luis Obispo, California ceremony, but he did congratulate the two of them on Facebook, saying, “Congratulations to Daryl Hannah and Neil Young on their wedding today. May they have a long and happy relationship.”

Congratulations to Daryl Hannah and Neil Young on their wedding today. May they have a long and happy relationship.

Guests were asked to leave their phones and cameras at their hotels, and were advised to not disclose why they were in town to the front desk. Hannah, however, shared a photo from the reported wedding night of an owl with the caption, “Someone’s watching over us…love & only love.”

someone’s watching over us…. love & only love

This is the first marriage for Hannah, who previously had long-term relationships with John F. Kennedy Jr. and musician Jackson Browne, and third for Young.

Congratulations to the happy couple, who recently worked together on the March 2018 Netflix movie Paradox. Check out the trailer for it below!