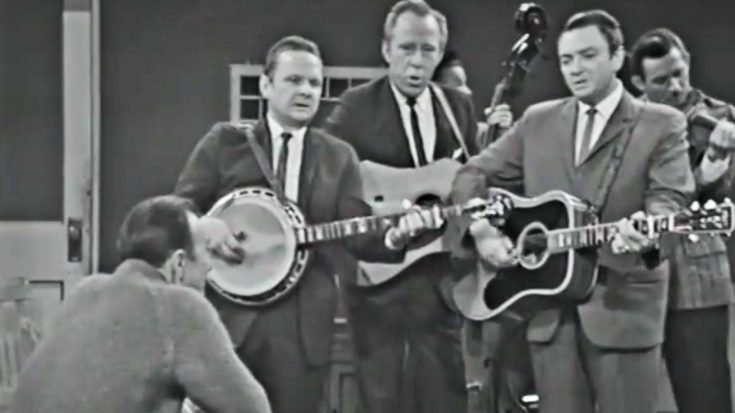 Born on a small farm in rural Virginia, these two iconic country and bluegrass musicians were destined for greatness from a very young age.

The Man Of Constant Sorrow #RalphStanley Dead at 89 #RIP pic.twitter.com/sAkkMktvIB

Together, Carter Stanley and Ralph Stanley performed throughout the world as The Stanley Brothers, quickly earning a reputation as some of the best bluegrass musicians on the planet. As part of their seemingly-endless discography and musical legacy, The Stanley Brothers took it upon themselves to re-record one of the oldest bluegrass songs ever to exist: “Man of Constant Sorrow.”

.@MileyCyrus kills it on stage, belting out a beautiful rendition of "I Am A Man Of Constant Sorrow" #GeorgeClooneyAFI pic.twitter.com/NfuKgQxwcx

Cut by the duo the first time in 1950, The Stanley Brothers had a lengthy history with the song and in a 2009 interview, Ralph Stanley opened up about how deeply they both connected to it.

“‘Man of Constant Sorrow’ is probably two or three hundred years old. But the first time I heard it when I was y’know, like a small boy, my daddy – my father – he had some of the words to it, and I heard him sing it, and we – my brother and me – we put a few more words to it, and brought it back in existence. I guess if it hadn’t been for that it’d have been gone forever. I’m proud to be the one that brought that song back, because I think it’s wonderful.”

BHCUCFotD Man Of Constant Sorrow was first recorded in 1913 by blind fiddlerDick Burnett who may have written it pic.twitter.com/sXmQHC3U

After recording it on their own and performing this timeless ballad hundreds of times, the song was once again revived with the help of The Stanley Brothers when they contributed to the soundtrack for 2000’s blockbuster hit, O Brother, Where Art Thou?

Hands down my all-time favourite movie. I can happily sit down time and time again to watch this and still be thoroughly entertained start to finish. pic.twitter.com/4Kz5m2mYKd

This traditional folk and bluegrass song was originally published in 1913 with the first known recording to happen in 1928. Many different versions and interpretations of this beloved classic have been crafted in the decades since its release, but the best-known comes straight from The Stanley Brothers.

Take a listen to Ralph and Carter Stanley’s unforgettable performance of “Man of Constant Sorrow” in the video below.