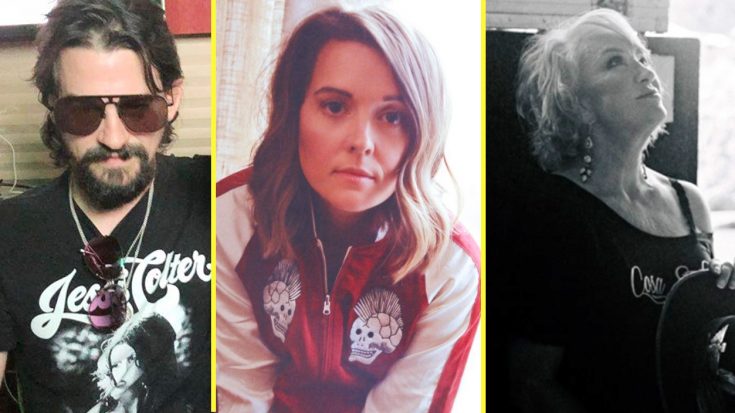 Bonnaroo is one of the most popular music festivals in the country. Held in Manchester, Tennessee, performers range from rappers Cardi B, Post Malone, and Childish Gambino, to country singers Kacey Musgraves, John Prine, and Brandi Carlile.  It truly is a festival for every type of music lover.

Bonnaroo is getting closer! Who's your FAVORITE new discovery that you're MOST excited to see on The Farm?Watch…

Posted by Bonnaroo Music and Arts Festival on Tuesday, March 12, 2019

During Carlile’s Sunday June 16th set, she brought out her idol-turned-colleague and friend, Tanya Tucker, who had never performed at the historic music festival before.

Tucker celebrated the occasion with a backstage photo.

“It’s NEVER too late for first times! #Bonaroo2019! ? Huge thank you to the one and only Brandi Carlile for having me,” she captioned it.

It's NEVER too late for first times! #Bonaroo2019! ? Huge thank you to the one and only Brandi Carlile for having me! (? Andy Barron)

After Carlile introduced Tucker to the crowd halfway through her set, the “Delta Dawn” singer brought out two shots of tequila and they toasted to her “first time.”

The duo then sang Tucker’s new song “The Wheels of Laredo,” which is off the legend’s upcoming album While I’m Living, her first in 17 years. Carlile and Waylon Jennings’ son Shooter produced the album.

The Tennessean wrote about Tucker’s surprise performance, which was well received in person, but as always, there are some people who had strong opinions about her that they’re not afraid to say online.

One Twitter user criticized her by saying, “She has been put away wet many times in her life.”

She has been put away wet many times in her life.

Carlile responded to him, saying, “I’m confused about this statement…

I’m familiar with the figure of speech but wondering about how it pertains to Tanya.”

The Twitter “troll” responded, “LOL…that’s because you don’t know anything about country music or the people who sing it. Talk to some of the people who have been in Nashville longer than 5 min. about Tanya and Lorrie Morgan back in the day.”

Carlile asked him why we make heroes out of the male outlaw legends who were known to drink quite a bit, and lived very wild lives…yet Tanya gets criticized for doing the same.

I do…I just wonder if you would put the same degrading connotation on cash or Waylon? Or Kris or Jones? Yeah T had a weird life and some wild times- but we make heroes out of the men that behaved that way. ✌?❤️

Then, Shooter Jennings got involved.

This is stupid. Just gotta drag people down. This is why social media has become the new gutter. Tanya rules so hard it hurts losers feelings.

Watch their Bonnaroo duet below.