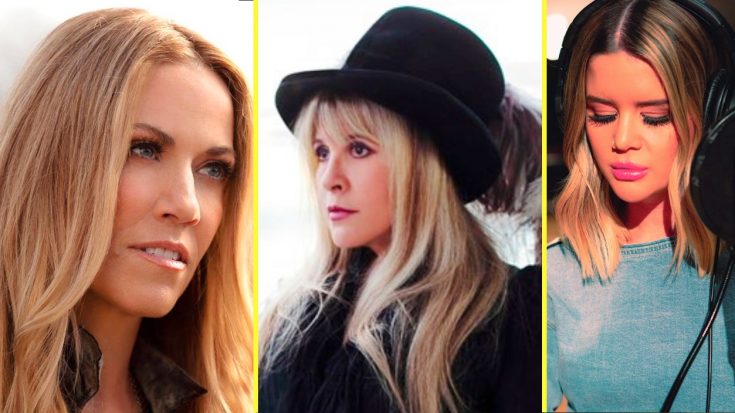 Before her new album’s release, Crow teased fans with a collaboration titled “Prove You Wrong” with Maren Morris and rock legend Stevie Nicks on June 4, 2019.

Speaking to CMT about the song’s release, Crow said it was something that took her three years to put together.

She said, “I felt like, ‘You know what would be really cool is to be able to pay it forward to someone who I feel like is an extension of Stevie and I’…Maren is a really tough, but super sweet, great songwriter, great musician, and I think she’s going to be around for a long time. I’ve loved getting to know her and getting to work with her.”

Crow raved about Nicks and Morris in a press release, saying, “Stevie exudes art, she is at all times authentic. She’s the sister I don’t see enough, but she never leaves my heart. I invited Maren to perform on ‘Prove You Wrong’ with Stevie and I because she belongs in our ‘club’ of strong female rockers who tell it like it is.”

Not only did she release the song on streaming sites, she also performed it at the 2019 CMT Music Awards with Morris, following the “Girl” singer’s solo number. Nicks wasn’t able to join them because she’s currently on tour, but Crow told CMT, “Maren holds her own!”

So thrilled to sing with Sheryl Crow again~ and we welcome our friend Maren Morris~ hope the world loves it as much as we do~ Love rules,Stevie Nicks

Take a listen to the trio perform the anthem.

And watch Crow and Morris perform it at the awards show below.