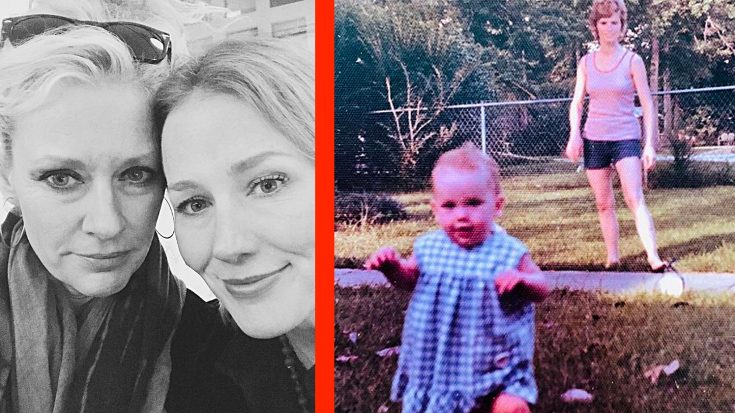 Two sisters – both acclaimed singer/songwriters and award-winning artists. Both dealing with the pain of a dark tragedy that happened over 30 years ago.

Allison Moorer and her sister Shelby Lynne are two talented sisters with careers spanning decades of music across multiple genres like country, rock, folk, and Americana.

In 2017, the two teamed up for a collaborative album called Not Dark Yet and was comprised of cover songs originally made famous by artists like Jessi Colter, Townes Van Zandt, Merle Haggard, Nirvana, The Killers, Jason Isbell, and The Killers among others.

Now, Moorer has released a book about her life – and some of Shelby’s, too. Including the dark moment when both of them were left orphaned after a terrible murder-suicide claimed their parents’ lives.

In the only television interview Moorer would grant, CBS got a firsthand account of her life and her recent years spent researching her parents.

“In her new memoir, Blood, Moorer tries to find proof that, as she writes: ‘We weren’t, and aren’t, ruined by it all.’,” Anthony Mason says.

Moorer takes on the murder-suicide and the legacy it has left behind for she and Shelby in the new book – addressing it head-on and speaking candidly.

Her parents, Franklin and Lynn Moorer had a difficult relationship. One which clearly struck the children with fear that “daddy would hurt mama.” And he did.

After years of abuse and alcoholism from her husband, Lynn Moorer took the girls and left Franklin, moving into a small rental home.

On August 12, 1986, Franklin showed up at the house in the early morning and began an altercation with Lynn where he shot her dead and then turned the gun onto himself.

The teenage girls were woken up by the sound of the gunshots and were left to find the horror for themselves in the few moments that followed.

“It’s a difficult thing to walk through the world and not belong to anyone,” Moorer said. “So, we belong to each other, and we have always felt like that.”

A heartbreaking tale that Moorer is trying to sort through and come to peace within her brand new memoir, Blood, which was released on October 29th, 2019.