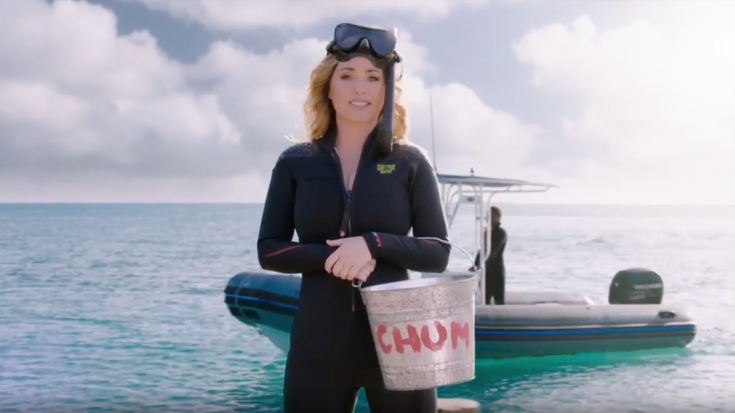 It didn’t impress her much!

Even after two decades of making it clear she’s not easily impressed, cross-over queen Shania Twain continues to add more to that long list of items that fail to wow her.

If you’re keeping track of her “thanks, but no thanks list,” you can add sharks. Yes, sharks!

Too Good To Be True

Twain gleefully shared her excitement with fans upon learning she had been given her very own week on television.

The singer thought her own week, on top of the release of her new album, NOW, in 2017, and huge audiences during her current 77-show global tour, was almost too good to be true.

And, you know what they say about things that are too good to be true…They usually are.

While standing on the dock, an assistant presents Twain with a wetsuit and snorkel. She believes the crew must be joking, but they are not!

To make matters worse, one of the handlers reminds the famous singer to “Remember, sharks sense fear.”

Cut to the open water and we see Twain in full diving attire holding a chum bucket.

You’ve Got To Be Kidding

Do you think she knows that chum is parts of fish and their blood and it’s used to attract sharks?

You can bet Shania will be adding chum to the list of things that don’t impress her much. The joke was on her!

This will mark the channel’s 30th anniversary event, with “Shark Week” programming set to take over Discovery for eight straight days of fin-tastic fun. It’s all coming your way beginning July 22.

Sit back for a quick reminder of a few other things on Shania’s list of the unimpressive. We think you’ll enjoy this video.