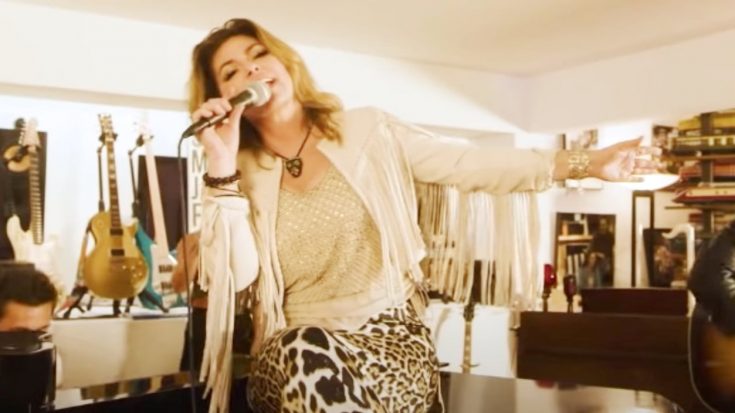 Shania Twain is currently performing at the Zappos Theater at Planet Hollywood for her Let’s Go! residency in Las Vegas. Unfortunately, the singer was forced to cancel her Wednesday night (June 22) show because she was feeling under the weather.

In a statement posted on social media, Twain explained she woke up that morning “feeling unwell” and said she had lost her voice:

“I am sad to say I woke up this morning feeling unwell and with no voice,” Twain wrote. “I am under strict doctors orders to rest and not sing.“

Twain said she was “extremely disappointed” she had to cancel a show:

“Nothing makes me happier than being on stage and performing for you so I’m extremely disappointed to cancel tonight’s show,” she said. “I’m going to do everything I can to get back on stage for this Friday and Saturday.”

Twain ended her message by signing her name along with a red heart emoji. You can read her full statement below.

As Twain said, as long as she’s feeling better she’ll be back to performing on Friday (June 24). We hope she gets better in time for that show!