Why Sam Elliott Says He’s “Never” Filmed Anything Like “1883” 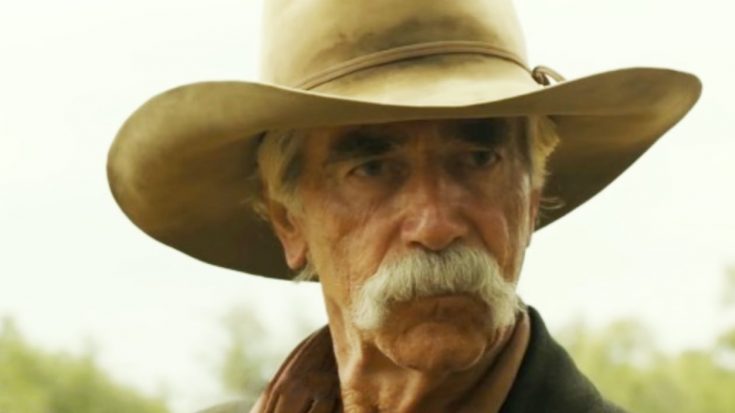 Sam Elliott is one of the stars of the new Yellowstone prequel series, 1883. He plays a character named Shea Brennan, a cowboy and war veteran who is tasked with leading the Duttons and other travelers from Texas to their new home in Montana.

Elliott’s co-stars include country music power couple Tim McGraw and Faith Hill, Isabel May, LaMoncia Garrett, and Billy Bob Thornton. It was also announced that Tom Hanks will have a guest role in the series.

The cast of 1883 attended a premiere in Las Vegas to celebrate the series’ upcoming debut on December 19.

Check out our Instagram Stories for more behind-the-scenes photos and videos from the world premiere of #1883TV. @paramountplus @Yellowstone pic.twitter.com/2u9ILIxEYW

Recently, Elliott was interviewed by Looper and other outlets about his experience filming 1883.

Elliott has been in some notable works over the years, including Tombstone, A Star is Born, The Ranch, and The Big Lebowski. But he said 1883 is unlike anything he’s done in the past.

The main reason why 1883 differs from Elliott’s past projects is because its production is “massive.” He elaborated:

“This is the biggest thing I’ve ever worked on, whether a Western, a contemporary film, or television show. They’ve got a massive amount of money, which brings a massive amount of moving parts. It’s the biggest crew I have ever worked with. I’ve never worked on anything that had six cameras running at the same time. We’ve traveled a lot. We’ve been all over the state of Texas. We went to Montana. And we’re going to finish on the Oregon coast in mid-January. It’s massive.”

“Taylor Sheridan’s work as a writer is brilliant, as far as I’m concerned,” Elliott said. “He’s very poetic in his writing. The dialogue’s very spare unless he goes into one of these arias that he writes for some of us along the way. And it’s a joy to do his dialogue.”

Head below to watch Elliott in action as Shea Brennan in the official trailer for 1883. We can’t wait to see him in the show!