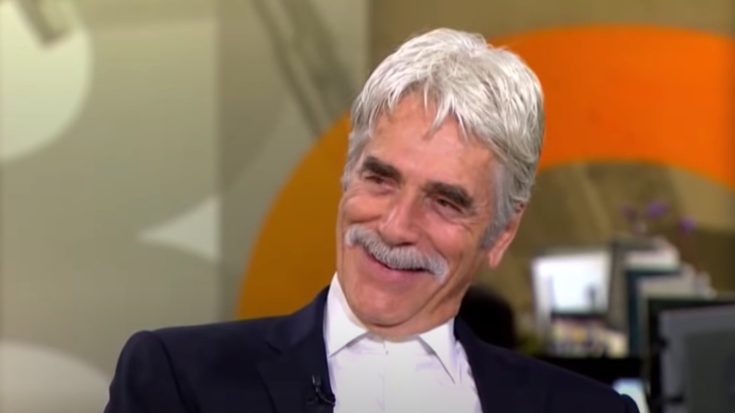 Veteran actor Sam Elliott and his iconic voice will be back on Family Guy this Sunday (Nov 22).

“My daughter has been a fan of [‘Family Guy’] for a number of years, and it’s because of her that I’ve seen a lot of episodes,” NY Post reported Elliott saying. “To be honest, I don’t wait up every week to watch, but I’ve certainly been aware [of the series]. You’ve got to be living in a hole somewhere … There’s no escaping Family Guy.”

Family Guy has a new mayor in town — Sam Elliott joins the cast for Season 19! ?

Entertainment Weekly has it HERE: fox.tv/FGWelcomesSamElliott

Elliott plays the character, Wild Wild West, who is a horseback-riding cowboy and also the cousin of deceased Mayor Adam West. Wild West first appeared on the show after Peter (Seth MacFarlane) drove out to his wilderness home to recruit him into running against the librarian Elle Hitler for mayor of Quahog.

“My contribution is pretty much playing myself … It’s not like they wanted me to come up with a straight ‘character’ voice, so to speak. I’m leaning on the southwestern thing a little bit. Beyond that, I’m playing it fairly straight and letting the jokes take care of themselves,” Elliott said.

While reviewing the show before it aired, Eillot says there were a couple of lines that could have been taken the wrong way. He added that he’s got a certain level of integrity and found that part of the show distasteful and asked the producer to change it. He said they had no problem with changing it up and it became even funnier.

In a 2015 interview, Sam talks about his famous voice. Watch it below!