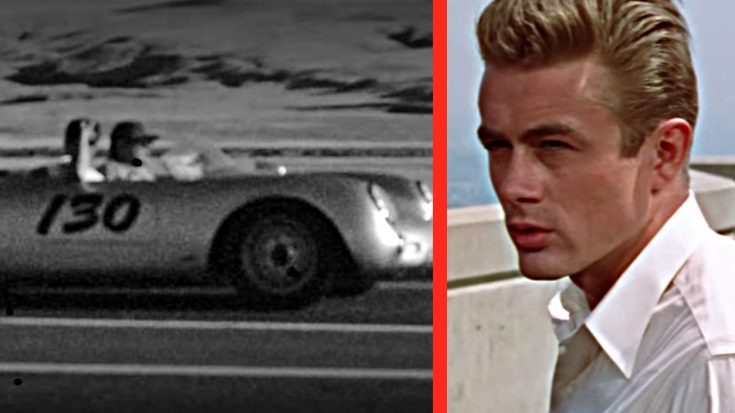 James Dean‘s Porsche 550 Spyder which he nicknamed “Little Bastard,” is one of the most recognized cars in existence – at least what’s left of it. While driving it, Dean was involved in a head-on collision that took his life at just 24 years old.

The car not only killed James Dean but over the years killed and injured many others who came in contact with the different parts that were auctioned off.

According to TMZ, a part of Dean’s vintage car just sold to a collector for a massive amount of money. After Dean wrecked it back in 1955 the car was broken up and various parts were sold and scattered all over the world. After it had been missing for over 30 years, the car’s 4-speed transaxle was found stored in a wooden crate in rural Massachusetts. It recently sold for $382,000 at auction to none other than Ghost Adventures’ host, Zak Bagans.

Holy smokes….
The transaxle from the 1955 Porsche 550 spyder that James Dean died in just sold for $382k pic.twitter.com/GyLg3JxsMA

The transaxle has been authenticated by experts as far back as 1984 as being the original component to the 550 owned by Dean.

The James Dean Porsche Spyder Transaxle this is the transmission/rear axle assembly #10046 from the 1955 Porsche 550 Spyder chassis #550.0055. Dean owned and was killed in the Porsche Spyder containing this transaxle on September 30, 1955. pic.twitter.com/odVQ2NsL6r

When asked about his purchase, Bagans told TMZ  that the transaxle’s reputation as a cursed piece of equipment is obviously what drew him to the purchase. In fact, it’s one of the only items from Dean’s wreck that’s still intact and in circulation. That means it’s one of the final items around that might still carry the “curse” that’s supposedly responsible for Dean’s fatal wreck.

Bagans went on to say that he plans to show off what’s left of “Little Bastard” at his haunted museum in Nevada.

Watch the video below for more pictures and facts about James Dean and his “Little Bastard.”