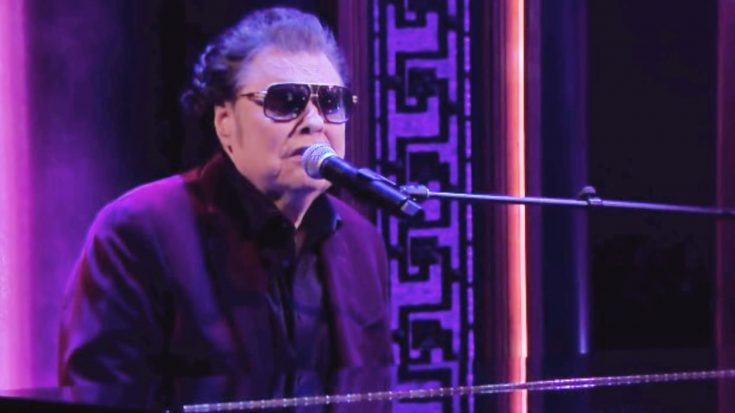 Few country artists have ever been able to match the success experienced by Ronnie Milsap. The 76-year-old country legend has amassed 35 chart-topping country hits over the course of his career, with George Strait and Conway Twitty being the only artists to exceed that feat.

Just a few of Milsap’s many hit songs you surely know and love include “Stranger in My House,” “Smoky Mountain Rain,” and “Any Day Now.”

While other artists tend to slow down in their later years, Milsap has kept right on trucking. As he told The Tennessean in January,  “I don’t like to think of retiring. Where the h— would I go? What would I do? The fact is I don’t want to retire, ever. I want to be here as long as God will let me stay here.”

Milsap has played his fair share of concerts since then, and also released a new album. Titled Ronnie Milsap: The Duets, the album contains updated renditions of some of his iconic songs, featuring vocals from other big-name stars.

Just a few of the many artists who contributed to the album include Kacey Musgraves, Little Big Town, and Dolly Parton.

Ronnie Milsap’s The Duets Reveals the Soul of a Country-Pop Master https://t.co/5mmmQoiJ6E

After the album’s release, Milsap embarked on a nationwide tour that has taken him all over the country. His most recent concert was scheduled for Friday night (May 17) at the Riverside Casino and Golf Resort in Iowa.

But now, those who had tickets to the show will have to wait a little longer to witness the country icon in action.

The day before the show, Milsap’s team took to Facebook to announce that he’d have to postpone his Friday night show in addition to a show scheduled for Saturday (May 18) at the Grand Falls Casino & Resort, also in Iowa.

Milsap’s team cited illness as the reason for the sudden postponements, saying he is “feeling under the weather.”

As of press time, no rescheduled dates for the two postponed concerts have been announced. If you do have tickets to the shows, be sure to hang on to them, because they will be honored for the rescheduled dates.

Hopefully Milsap is feeling better by the time he’s scheduled to host his next show on May 27th at the Cypress Bayou Casino in Louisiana. We’ll be praying for his quick recovery!

Those who get the chance to see Milsap live at the rescheduled concert dates will realize that the wait was well worth it. He is such a skilled entertainer, as you can tell in the below video of one of his recent live performances!