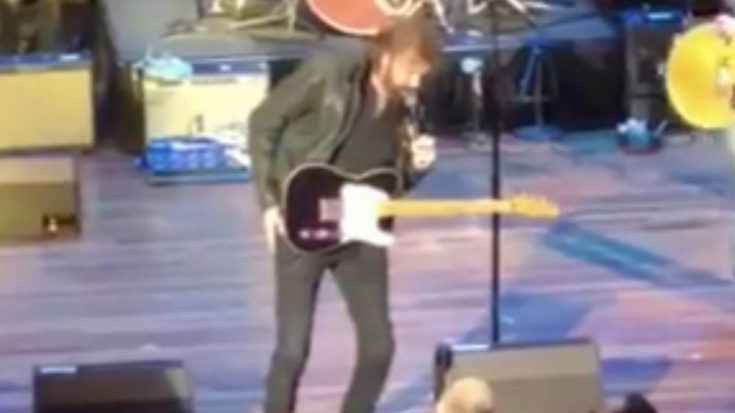 For the past five years, country radio DJ Bobby Bones has put on an event called Bobby Bones and the Raging Idiots Million Dollar Show. He gets country acts together at the Ryman Auditorium for a benefit concert to raise money for St. Jude’s Research Hospital.

The night was a huge success, raising a record-breaking $250,000! Last year’s event broke their previous record with $200,000. A huge highlight of the night was when Brooks & Dunn performed three songs, “My Maria,” “Boot Scootin’ Boogie,” and “Neon Moon.”

During “Neon Moon,” Dunn had the audience sing the last couple lines, including holding one of the final notes for upwards of 15-20 seconds!

He told them, “In Vegas they can’t hold it half that time,” referring to the legendary duo’s residency with Reba McEntire.

Dunn also admitted that he had “pneumonia, a cold, and a headache” and also “had a few drinks.” The singer then sang the final line of “Neon Moon,” which included some long belts and vocal runs, something especially impressive when battling pneumonia!

The feat earned them a well-deserved standing ovation and round of applause from the crowd.

Watch the epic video below.