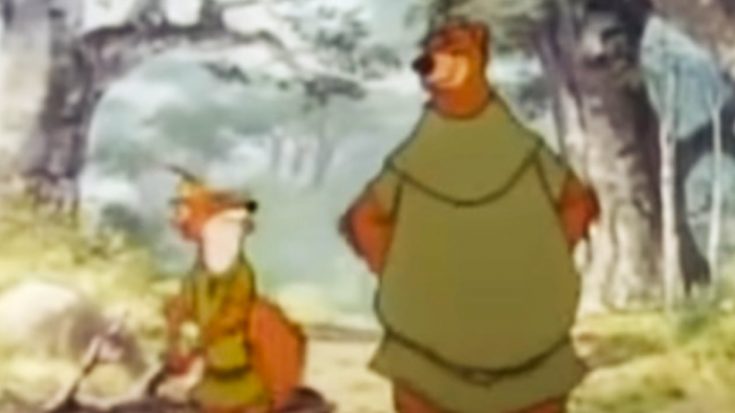 In 1973, Walt Disney Productions reimagined the legendary tale of Robin Hood into an animated film. With all of the main players being portrayed as animals, the film offered a distinctly “Disney” take on the centuries-old tale.

Sticking true to typical Disney style, the film had a musical element to it. The soundtrack featured seven songs, including one of the most well-known Disney love songs of all time, appropriately titled “Love.”

Perhaps the most iconic song to emerge from the Robin Hood soundtrack was the Miller-penned “Oo-De-Lally.” It was considered a classic just 23 years after its release, as it was placed on the third disc in the Classic Disney: 60 Years of Musical Magic album collection.

The little ditty is so cheery, you can’t help but smile whenever you hear it.

Since “Oo-De-Lally” was such an important piece of Miller’s legacy, it seemed obvious to include the song on the new tribute album, King of the Road: A Tribute to Roger Miller.

The album features cover versions of some of Miller’s most well-known songs, performed by country stars such as Dolly Parton, Brad Paisley, and Merle Haggard in one of his last recordings.

It was Eric Church who took on the duties of singing “Oo-De-Lally,” and he issued a rendition that’s just as delightful as the original.

Church didn’t take too many liberties with the tune, opting to keep the arrangement fairly simple as to stay true to Miller’s original style. Still, his take on it is distinctly his own, which is what makes it so enjoyable to listen to.

If you’ve always enjoyed this childhood classic, you’re sure to get a kick out of Church’s updated rendition. Give it a listen by tuning in to the clip below.

What do y’all think of the new “Oo-De-Lally” by Church? No matter what, you’re sure to be singing it for the rest of the day now!