Remember When Sam Elliott And Reba McEntire Co-Starred In A Western? 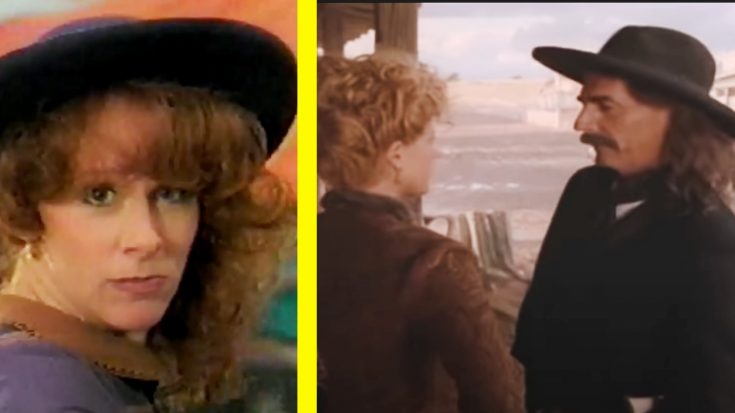 We’re all familiar with Hollywood portrayals of what life was like for men in the Wild West, but the same cannot be said of women…

Back then, men ruled both the big and small screens when it came to showing audiences what life was like on the great frontier.

The 1995 CBS miniseries Buffalo Girls worked to change that.

In the miniseries, leading ladies Calamity Jane (played by Anjelica Huston), Dora DuFran (played by Melanie Griffith), and Annie Oakley (Reba McEntire) gave viewers a glimpse into what life was like for women in the final days of the Wild West.

The miniseries dug deep into the friendships within the feisty trio and delved into each of the ladies’ love lives. Viewers noted that the best part of the show was watching the relationships develop between the characters. Sam Elliott and Floyd Red Crow Westerman both played love interests during the show’s run.

This day in Country Music 1995: The debut of the 2-part mini-series "Buffalo Girls" starring @reba as Annie Oakley. pic.twitter.com/bi0Bbrrx6H

The show was based on the novel Buffalo Girls by Larry McMurty. Fans of the novel loved to see the characters come to life onscreen.

The acting in the miniseries was top-notch, and Huston, Elliott, and Griffith all won awards for their performances.

You can watch a clip featuring Huston and Griffith below.