Redneck Plays ‘Dueling Banjos’ Against Himself – On Guitar And Banjo 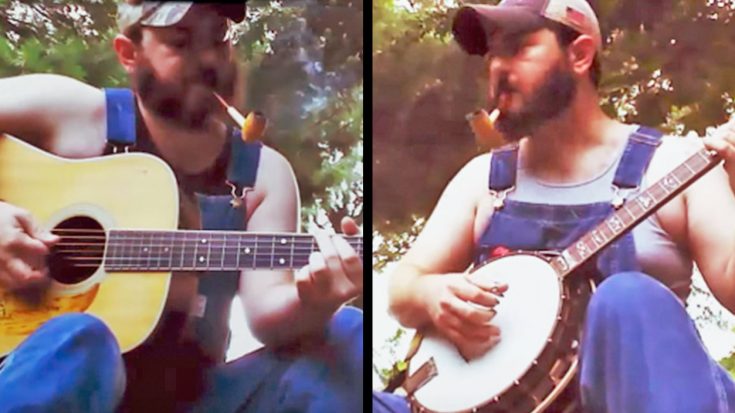 The song “Dueling Banjos” has been around since the 1950s, but shot to fame in 1972 thanks to the film Deliverance, where a city man plays guitar opposite a mentally challenged country boy who is a master on the banjo.

The “Dueling Banjos” scene contributed to the film’s success, and also sent the song to the number one spot on the Billboard Hot 100. Countless banjo and guitar players have teamed up for their own versions of the now iconic song, but no one has done so quite like Adam Lee Marcus.

Just me and Emma. She's a Gibson "Blackjack" with a custom Yates neck. Snuffy Smith head and bridge.

Marcus, a Southern man from Westminster, South Carolina, proved that he doesn’t need another person to perform the song well. All he needs is a banjo, a guitar, and a pipe!

He continues playing the call and answer song and really turns up the heat when his banjo playin’ self stole the spotlight and really broke it down! After pickin’ so fast we could barely see his fingers move, he drops his banjo on the ground, similar to a mic drop, and his guitar playing version of himself just looks defeated!

Watch this very talented man play both the guitar and banjo parts to this iconic song below.