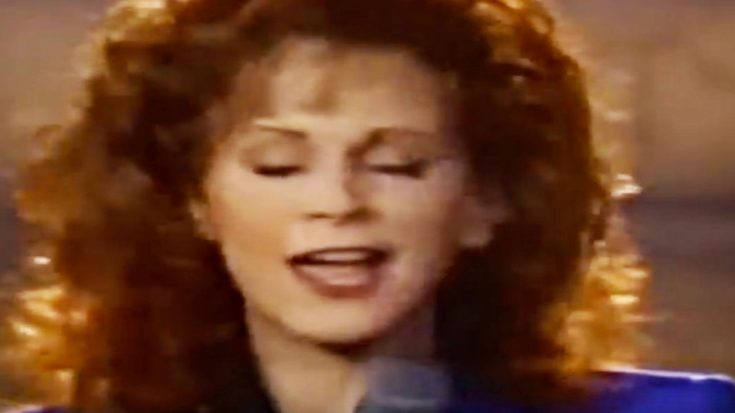 Taking center stage at the “Mother Church” of country music, this legendary redhead made her mark on the venue with her spirited collaboration with another superstar.

These two country queens brought one of the best shows to the famed Ryman Auditorium in this unforgettable video and unbeknownst to Barbara Mandrell, it just so happened to be Reba McEntire‘s very first time singing on that hallowed stage.

Mandrell, who brought McEntire to the Ryman for this one-of-a-kind performance, welcomed a wave of renewed excitement when McEntire revealed that this was, in fact, her very first time to sing at the Ryman.

Together, these beloved country music stars crooned together on this chart-topping track that has become one of Mandrell’s signature songs – and a timeless country classic!

“I Was Country When Country Wasn’t Cool” was first released in 1981 as the first single to Mandrell’s album, Barbara Mandrell Live and featured George Jones. Soaring to number one on Billboard’s Hot Country Singles chart, the song also took home multiple nominations from both the CMA Awards and ACM Awards.

Few entertainers have been as gifted and as hardworking as @MandrellBarbara. A seasoned professional by the age of 14, Barbara Mandrell became the first two-time Entertainer of the Year winner at the #CMAawards in 1980 & 1981. #InternationalWomensDay pic.twitter.com/42VL8ASipE

As each of these memorable songstresses belt out powerful verses, you can hear their raw talent in each note – and especially in their dazzling harmonies.

Watch Barbara Mandrell bring Reba McEntire to the Ryman stage for her debut performance in the video below.